New builds will be exempt from the Government’s tax deductibility rules for 20 years, irrespective of who the owner/s are over that period. 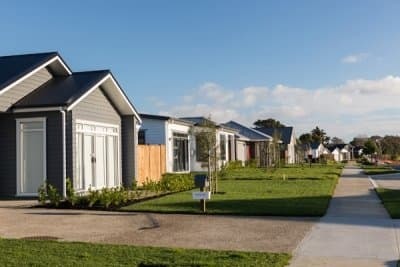 The Government has released the draft legislation outlining details of the policy limiting the deductibility of interest costs on residential property investments.

A property with a code compliance certificate on or after March 27, 2020 will be eligible to deduct interest for up to 20 years.

The exemption will apply to both the initial purchaser of the new build and any subsequent owner within the 20-year period.

“This is an emerging area and one where we see real potential to meet gaps in our rental market.

“I am expecting further advice on purpose-built rentals in coming weeks and will report back to Cabinet on whether there should be an extension beyond the 20-year period for some or all of this sector.”

For all other existing residential investment property acquired on or after March 27 this year deductions for the cost of interest will no longer be allowed.

Interest deductions on borrowings drawn down before March 27 this year for existing residential property will be phased out from October 1 this year until March 31, 2025.

Revenue Minister David Parker says private residential investment properties capable of being used for long-term accommodation will be subject to the rules.

“So hotels for instance, will not be affected by these rules as they are set up to provide short-term, and not long-term accommodation.

“The owner-occupier of a house with flatmates would not be affected either,” he says.

“That’s why we’re also proposing an exemption for property development and for new builds, allowing interest deductions in full.”

Earlier this year the bright-line test was extended from five years to 10 to help reduce the incentive to invest in housing over other types of assets.

“Tax is neither the cause nor the solution to the housing problem, but it does have an influence, and this is part of the Government’s overall response.”

Woods says the Government is committed to boosting the supply of new housing.

“The exemptions for new builds and for property development will ensure the interest limitation rules do not reduce the ongoing supply of new housing.”

"Woods says the Government is committed to boosting the supply of new housing." Yip they are getting pretty desperate there now at the Beehive to tackle this problem. Unfortunately with local government focusing their time, energy and ratepayers money on things like cycleways, recycling & Māori wards the current bloated bureaucracy of councils approving new subdivisions and houses around New Zealand isn't going to help us meet demand any time soon. It's all about having the right priorities currently to get this country moving when it comes to addressing the supply of new housing but there are far too many cogs in the machine to achieve this goal. Local government in New Zealand now consists of 78 local, regional and unitary councils....