News > Property > Signs of confidence but early days yet

Tough economic times might be ahead but a new report from REINZ shows there are some early signs of confidence in the housing market post-lockdown. 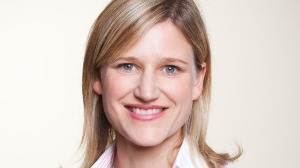 The second monthly REINZ Residential Market Confidence Report is out now and it reveals that the number of properties sold progressively increased throughout May.

Sales started at 355 in the first seven days of the month but ended the month with 1,372 sales in a week.

A “typical’ May month would see around 1,700 properties sold each week, so while the trend is increasing the report notes there is still some way to go.

That means the market is around 1,400 properties short of where they would usually expect it to be at this time of year.

But, according to the report, the figures suggest that the market has rebounded, and perhaps more quickly than many expected.

Further, the sales price to valuation ratio saw a good uplift during May, while the percentage of auctions steadily increased and is now just three percentage points behind this time last year.

REINZ chief executive Bindi Norwell says that, on the flip side, there was some volatility in pricing (including three out of 16 regions turning in record median prices) as the market tries to find its new price point.

Also, the median days it took to sell a property increased – from 48 days to 60 days at the end of the month - as the tail of alert level four lockdown continues to impact sales data, she says.

“But, overall, we are starting to see some positive signs which will be of some comfort to the likes of the banks, economists and even consumers who have been holding off selling their property until they feel like there is more certainty in the market.”

Despite the report’s data, and recent Reserve Bank data which shows that total mortgage lending to all borrower types increased by 57.1% when compared to April, it is still early days, Norwell says.

That means it is too soon to make any calls with certainty about if the market is fully recovering – particularly as people’s confidence has been knocked by the arrival of Covid-19 cases at the border and revelations around testing.

Norwell says that, additionally, the country is still a number of months away until the six-month “mortgage holiday” period comes to an end.

“While a number of the banks have reported that customers are slowly coming off the “holidays” and resuming regular payments, the majority have not.

“The second wage subsidy is also still in effect which will be bolstering employers and employees with rent and mortgage payments over the coming weeks. So, to use a running analogy, the finish line isn’t quite in sight just yet."