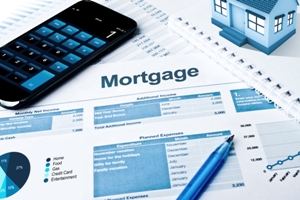 Total mortgage borrowing hit $4.3 billion last month, up from $2.7 billion in April, according to the latest Reserve Bank data.

The figures reflect a month where most New Zealanders were in lockdown under alert level three, before moving to level two in mid-May.

The data underlines a recovery from the depths of stricter lockdown levels, which halted most property market activity.

Borrowing by first home buyers nearly doubled from April to May, jumping from $484 million to $801 million.

Investors borrowed slightly more than FHBs, $895 million in May, up from $561 million in April.

But owner-occupiers continue to dominate the housing market, borrowing $2.58 billion of the $4.3 billion total.

The May data covers the first month since the Reserve Bank scrapped loan-to-value ratio restrictions. It shows that high LVR lending jumped from $272 million in April to $515 million in May.

CoreLogic senior property economist Kelvin Davidson says that after the enforced break for most mortgage lending activity in April, a rebound was always going to be seen in May.

Activity did indeed recover last month, but perhaps not as strongly as might have been expected, he says.

“Given the favourable conditions for borrowers (eg: banking sector competition and ultra-low mortgage rates), mortgage activity should track along steadily for the next month or two.

“But the winding up of wage subsidies and mortgage payment deferrals are likely to be key tests for the property market as we hit Spring and the final few months of 2020.

Meanwhile, the proportion of new lending on interest-only terms edged down a bit in May, but remains higher than it has for several months, Davidson adds.

“The bulk of this increase has been driven by owner-occupiers, with their loans on interest-only terms accounting for almost 20% of all activity in May.

“There are no surprises here, given that households have been seeking some leeway to reduce their expenses during this tough period.”