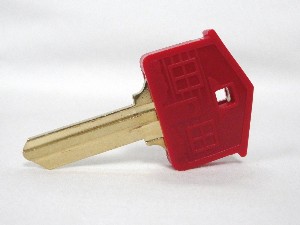 How to address tenant job loss in the age of coronavirus

Getting tenants to leave a rental property at the end of a tenancy can be problematic. Here’s a new Tenancy Tribunal ruling which serves as yet another example.

A Paihia landlord ended up incurring considerable financial costs, and personal stress, when her tenants did not vacate her property for six weeks after the tenancy ended.

During the time the tenants overstayed they did not pay rent, but did manage to apply for a rehearing after the landlord went to the Tenancy Tribunal and was granted possession of the property.

The notice was issued because the landlord required the property for her daughter (and her daughter’s family), who were re-locating back to New Zealand from overseas.

The tenancy ended on 8 October 2019, but Ryan and Brotherton did not leave. In response, the landlord went to the Tribunal and obtained an order for possession on 21 October 2019.

While the landlord enforced that order, she did not re-gain possession of her property until 22 November 2019.

This was largely because the tenants applied for a rehearing on the grounds that they had only been sent the 42-day termination notice by email. They also claimed the landlord’s rent record was not accurate.

The Tribunal dismissed the tenants’ application for a rehearing, but until it came to that decision a stay was placed on the possession order.

During this period of time, the landlord’s daughter’s family returned and the landlord housed them in her own property.

The landlord told the Tribunal this situation was tolerable but difficult, and on several occasions she had to stay at nearby hotels – thus incurring further costs on top of the rent arrears.

When Ryan and Brotherton eventually left the property, the keys to the property were not returned and this meant the locks had to be changed.

Following the final hearing on the matter, the Tribunal found in favour of the landlord – other than on a point of dispute over the state of the carpet.

It said that “alternative accommodation costs are a reasonably foreseeable consequence of a tenant failing to vacate the premises after termination of the tenancy”.

Further, it accepted the landlord’s submission that the circumstances around the tenant’s failure to vacate placed significant stress and inconvenience on herself and her family.

The landlord was awarded a total of $3,784.76 for rent arrears, costs for enforcement and the change of locks, and costs relating to the tenants’ failure to vacate the premises at the end of the tenancy.

While the tenants’ in this case were slow to vacate the property at the end of the tenancy, there are many examples of situations where it takes landlords much, much longer periods of time to get tenants to leave their rental.

Many rental property experts and landlords believe that the government’s proposed tenancy law reforms, which are currently going through Parliament, will only exacerbate this situation by making it even harder to end a tenancy.

For this reason, the NZ Property Investors Federation and REINZ are encouraging landlords to have their say on the proposed reforms by making a submission on the Residential Tenancies Amendment Bill.

On 27 February 2020 at 8:25 pm Jenkins said:
Incredible that landlords think it reasonable to give 42 days notice before they make the tenant homeless simply because they fancy moving back in. Most countries have much stronger protection for tenants and this will thankfully be coming to New Zealand soon.
On 28 February 2020 at 5:06 am robdacol said:
In response to Jenkins, it is the RTA that says 42 days notice is reasonable. The tenants clearly ignored the notice and they didn't claim any effort in finding a new property.