Less rental properties and higher rents could result from the reforms contained in the Residential Tenancies Amendment Bill, both Opposition MPs and government officials are warning. 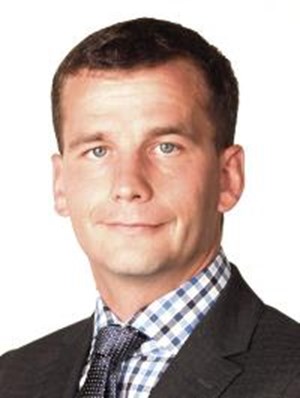 After the Bill passed its first reading in Parliament last week, the Ministry of Housing & Urban Development (HUD) released the advice it gave to Associate Housing Minister Kris Faafoi on the proposed reforms.

In a regulatory impact statement, HUD said they recognise that some landlords consider that the package of tenancy initiatives under way will increase the risk to their business.

That’s because they will have more constraints on the reasons to end a tenancy and the exercise of termination notices may be more frequently tested at the Tenancy Tribunal once a reason is provided.

"This could affect landlord willingness to rent and the amount of rent charged and could lead to more stringent vetting of tenants.

“Consequently, there could be negative impacts on security of tenure for some tenants and, at the margin, a potential increased need for public housing."

This situation could also potentially have impacts on homelessness, HUD said.

It said the effects on rents might be muted by other factors that reduce costs for landlords, like low interest rates and, over the medium to long term, increased supply.

“The risks arising from the removal of ‘no cause’ terminations are partially mitigated by the inclusion of additional grounds for termination and new systems for dealing with antisocial behaviour and rent arrears.

“However, we recognise that a consequence of limiting landlords’ ability to end periodic tenancies unilaterally and for any reason will be that – in some instances – tenants remain in a property for longer than is desired by the landlord.”

While government officials believe the risks posed by the proposed reforms may be mitigated by other factors, many Opposition politicians do not.

For ACT leader David Seymour, HUD’s regulatory impact statement makes it clear that the reforms could reduce the number of rentals available and increase rents, demand for state housing, and homelessness.

“You don’t need an economics degree to work out that new red tape will increase the cost and risk of being a landlord and that these costs will be passed on to tenants in higher rents.”

Meanwhile, in the Parliamentary debate during the Bill’s first reading, opposition to the reforms ran high.

The Bill was slammed as being “another shot in the guts for landlords”[National’s Dan Bidois] and the “straw that would break the camel’s back” [several speakers].

National’s Denise Lee said that rather than giving landlords strength, as claimed by NZ First’s Ron Mark, the reforms piled pressure on landlords.

She quoted one of her constituents, a landlord, who told her the Bill “undermines my rights as a property owner and prevents me from controlling who rents my property and how long they can rent it for”.

National’s Alastair Scott said that as landlord costs go up due to government policy changes, like the new ringfencing rules and the proposed tenancy law reforms, so too does the cost of capital and that means landlords want a higher return for their property.

This would either lead to landlords investing elsewhere to get the “return on capital that they deserve, that they demand, and that the market allows them to do”, or to rising their rents to get the return they need on their capital.

For National’s David Bennett, the reforms are all about the government “controlling people's personal property rights”.

But “if the government or any organisation goes into a market and then disrupts the ability of that market to operate, there are perverse effects”.

He said that if hard-working people go and invest in property as their major investment, and then the government comes and tells them what they can do with that investment, those people are not going to accept that.

“They're going to smarten up, and there's not going to be any houses. Then the government's got to step in and find those houses, and we get a massive increase in the problem that we're seeing in New Zealand around housing.”

As a landlord I can see this is going to effect us being able to get rid of problem tenants. If we have to get complaints from others then go to the tenancy tribunal with them, I can see these problem tenants sitting in the rental not paying any rent while waiting for the tribunal as they know they are going. Even when the tribunal rules that they pay the back rent, they wont pay it ! This is going to put a bigger burden on the housing industry as if this bill comes into affect a lot of will decide its not worth it anymore and sell up and leave. As it is its hardly worth it anymore due to the ring fencing of claimable losses bought into force last tax year. Most of us are Ma and Pa owners in the investment market as retirement investments once we retire. There is no profit at all up until that stage due to government policy above meaning we are running at huge losses already. The only thing we can do is put rents up to cover part of the loss or sell !! I can see if this comes in its going to put a huge strain on the housing market once landlords sell up. Meaning more homeless looking to the government to house them. As it is the only ones making any money out of all of this are the motel owners housing homeless. Perhaps the government needs to BUILD THEIR OWN MOTELS now to save the taxpayer money !! I say this as its all become a joke.. Only a fraction of us are "the greedy landlords " the papers keep portraying us as. Most of us are only just making ends meet and now this Govt is going to make it harder for us even more !! Time to get out of the rental industry when we have to pay ourselves bigtime to let people rent our properties.

As far as we're concerned, we're out as soon as our good tenants leave. We have 9 rental properties. 4 are a set of flats but the others are likely to sell to private buyers. Where does the Government think people are going to live when there aren't enough rental properties? Any investment broker I have talked to say a large number of their clients are exiting the rental market. As far as I can work out, these reforms are going to protect bad tenants, as good tenants are treasured by landlords- they are a very rare species.

Maybe a better approach might be to allow those properties that meet HH Standards can offer fixed terms and those that don't can only offer periodic so tenants can move on if the property is a problem .That might give owners an incentive to meet the standard rather than the big stick approach with this reform bill. But landlords should always have a default option to move problem tenants on and this bill is way too simplistic in the way landlords can end a periodic. Clearly government MP's don't have to live next to difficult tenants!

We have been saying this for a long time. Taking property investment away from the mum and dad investors was never a good idea. Someone has to provide the accommodation - if it isn't the private market, it will have to be the government. And look at the tremendous success of Kiwibuild. Property investors, either small or big, need a return on their investment - they are not charities. The bigger the risk, the bigger the expected return. With the new rules and regulations - the risk has certainly increased, and weighs heavily on the property investor. Therefore the rents will HAVE to increase to cover costs and the risk.

It would be good if the NZ Property Investor magazine did an article on each of the coming election parties Property MP, to get there views down in writing on what there stance is towards residential property investment and the RTA changes. Granted... being politicians what they say, doesn't always translate into what they do once elected! Most readers of this site would probably already be leaning towards National or ACT to vote for, as Labour/Greens will continue to attack residential property investors if they get another term. Still would be a valid article to write in the magazine as at least it highlights to the politicians THIS is a voting issue of concern to a lot of people.