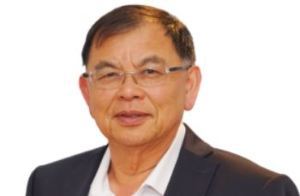 The Commerce Commission has recommended the fine to the High Court in Auckland as part of the settlement negotiations in proceedings it filed against the company, which trades as Ronovationz, back in July.

Proceedings came about due to allegations that Ronovationz developed rules in September 2011 to govern the conduct of members. They included rules which prevented Ronovationz members from competing for properties.

The Commission alleged these rules, which applied between September 2011 and September 2018, amounted to cartel conduct in breach of section 30 of the Commerce Act.

It said that the Commerce Act bans arrangements which have the effect of fixing prices as well as agreements not to compete at auctions or on tenders which is known as “bid rigging”.

Ronovationz admitted the wrongdoing shortly after the Commission launched proceedings - although it said it did not know that its conduct was a breach of the Act until the Commission wrote to it in 2018.

The company subsequently revoked the rules and ceased the conduct.

Last week in a High Court penalty hearing Ronovationz agreed to pay the Commission-recommended fine for the behaviour.

The fine recommended by the Commission was reduced by 35% from a higher starting point due to Ronovationz’ admission of wrongdoing and co-operation with the Commission’s investigation.

However, Justice Sarah Katz has reserved her judgement on the penalty and while she may agree the $400,000 is appropriate she may decide on a different figure.

The Commission initiated the proceedings following a lengthy investigation which was prompted by a furore over a tutoring video by Fong which became public back in May 2017.

But the fallout from the video – which APIA immediately withdrew and publicly apologised for, saying it didn’t condone behaviour that led to people to be taken advantage of – included sponsors leaving APIA.

It also led to Labour Party MP Michael Wood laying a complaint with the Commission and that resulted in the investigation into, and the proceedings against, Ronovationz.

The Commission says it will issue a statement on the matter when Justice Sarah Katz releases her judgment.

Ronovationz, which was established in April 2009, continues to run a business advising its members on how to acquire and improve investment properties in Auckland.

On 9 September 2019 at 1:45 pm Janice111 said:
You do the wrong thing and it comes back to bite you on the bum. It's called 'cause and effect'. Pays to right thing to begin with. Too clever for their own good. With all the dishonesty he's spoilt companies reputation and integrity. Ego's out of control I say.