ANZ has cut its sponsorship of the Auckland Property Investors Association after a controversial video was sent to members. 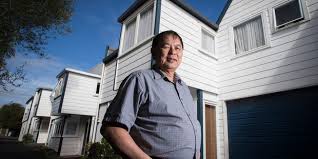 APIA made headlines on Saturday when it was revealed members had been sent a Ronovationz video in which they were urged to target mortgagee sales, "dummies" who do not know the value of their homes, and people going through divorce.

It also suggested tactics such as asking other investors to make offers on properties to convince the vendor to take a lower price, and making offers under different names.

Consumer Affairs Minister Jacqui Dean told media she was concerned and had referred the video to the Commerce Commission.

APIA sponsor ANZ was reportedly "appalled" at what was advocated. It announced today it was cancelling its sponsorship of the association.

APIA president Andrew Bruce said he had viewed the video and withdrawn it from circulation. APIA and Ronovationz had mutually agreed to part ways and the company would no longer be a sponsor of the association, he said.

He said the loss of ANZ's sponsorship was significant but the organisation was still solvent. Members would no longer hold meetings in ANZ branches but any other impact on them would be minimal, he said.

Labour's housing spokesman Phil Twyford told media the material was a training handbook for APIA members on how to exploit and deceive homeowners.
In his opinion the video was "a con man's charter".

He called on APIA to "publicly condemn and repudiate" the messages distributed to its members.

"It is not enough for them to say they're withdrawing the video. They need to publicly repudiate all the things said and make it clear to their members that not only do they not support those messages but condemn the kind of deceptive and exploitative approaches that were used in this training video."

Hoy Fong said he was not advocating exploiting people and blamed real estate agents for advertising properties with "motivated sellers".

Is this not an over reaction. This teaching has been out there for 10 years

The comments about seeking out the Ds have been there for years from a number of sources. What is mostly considered reprehensible is the 'hunting in packs' with progressive low offers. This is part of Mr Fong's teaching but it may be taken out of context. I have not watched the video (although I have attended some of his presentations). Most APIA members (experienced investors anyway) do not pay them much attention. In my ten years or so of membership I have never heard the association endorse such practices.