The takeover: more mortgages for FHBs 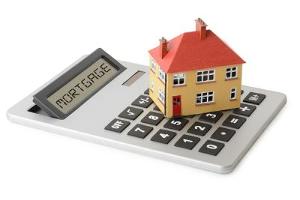 Why mortgage rates are likely to fall even lower

OCR on hold but QE expanded to $100 billion

The Reserve Bank’s May lending figures are out and they show that, for the first time ever, first homes buyers borrowed more than investors did.

A total of $6.47 billion was borrowed for mortgages in May and first home buyers were responsible for $1.15 billion of that.

That’s as compared to the $1.14 billion in mortgage lending that went to investors in May.

These figures mean that first home buyers had a 17.8% share of the market while investors had a 17.6% share. And it represents quite a turnaround in mortgage market share.

Prior to the Reserve Bank’s introduction of its third round of LVRs in mid-2016, investors accounted for around a 35% share of the market while first home buyers share was closer to 10%.

Meanwhile, owner-occupiers took home $4.11 billion in new mortgage lending in May, up on April’s $3.44 billion and last May’s $3.84 billion.

May’s data highlights just how much the market has changed in the wake of the LVRs as well as new Government policy - and how much investors are holding back on borrowing for new rental properties.

While the amount of lending to investors in May was up slightly on the April figure of $988 million, it was down on the $1.56 billion investors borrowed in May last year.

Likewise, the overall amount of mortgage lending in May was up on April, which saw $5.45 billion borrowed, but down on May 2018 when $6.59 billion was borrowed.

This reflects the quieter, more subdued market now being seen in most parts of New Zealand.

CoreLogic senior property economist Kelvin Davidson agrees the strength of mortgage lending has fallen away a bit, with gross new lending in May down by about $120m from May last year.

He says the investor part of the mortgage market is clearly feeling the pinch and owner-occupiers remain the key players in the market, and particularly first home buyers.

“That is consistent with the message from the CoreLogic Buyer Classification data, which also shows something of a divergence between owner-occupiers and investors around the country.

“In Auckland, Hamilton, Christchurch, and Dunedin, first home buyers have recently had higher percentage shares of property purchases than mortgaged investors - something that hasn’t really been seen before, or at least not for several years.”

However, loans to first homes buyers are getting steadily bigger. First homes buyers with less than a 20% deposit borrowed $473,373 on average in May, up by close to $25,000 from a year ago.

“First home buyers with higher deposits had an average loan size in May of about $384,000, pretty much unchanged from a year earlier.”