It has been disappointing to watch the plethora of contradictory policies coming out of the Ardern government and the Reserve Bank (RB) over the past five years. 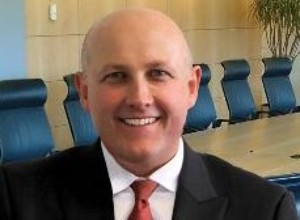 There is zero accountability for the blunders that seem to be arriving thick and fast – just PR spin and denial that anything is wrong.

A quick chronology of property investor grievances follows, coupled with advice for landlords and homeowners currently being affected by the Reserve Bank’s decision to provide loose and cheap credit in 2020, followed by an astonishing increase in the OCR in 2022.

The obvious outcome will be a price correction and increased banking conservatism, with late entrants to housing and new home buyers on fixed incomes likely to become the biggest casualties.

But first, let’s remind ourselves what has been going on

High interest rates will cause a recession, with a massive contraction in consumer spending (it’s starting now). The RB will get its way with inflation; it will come down rapidly. But I also predict the RB will push the rates too high, for too long. This RB governor (Adrian Orr) oversteers the economy. Just as he pushed rates too low in 2020, he is now overcorrecting and pushing rates too high. He needs to be more moderate.

Next we will have a dropping of interest rates to restimulate a crashed and recessionary economy. I expect one to two years to get to this point. It will be a quick reset of values, slow recovery.

National will come in, and open immigration doors. A flood of migrants will mop up surplus housing that is emerging due to zero migration under Covid and massive building programmes that are ongoing.

Don’t forget that medium density residential standards (MDRS) will cause a flood of high density housing across NZ, similar to what Auckland has already experienced. More houses on a declining population, will drive oversupply, unless immigration is allowed to recover.

People still think NZ is running huge positive migration numbers. My understanding is we have been running negative migration, since borders closed two years ago.

And on the topic of immigration, we have a huge brain drain developing in our low wage economy. All of the social changes being rammed through, the spiked housing prices, the spiked interest rates, are causing Kiwis to flee overseas. But it’s not showing up in our stats yet, due to the 12-month lag in the reporting of immigration by Statistics NZ. (We need a new system for recording immigration; it’s not working.)

Following this (distant) OCR drop to restimulate an economy smashed by anti-inflationary monetary policy, house prices will eventually recover, and the long-term cycle will restart house price inflation. How long this takes, no one knows, especially with the backdrop of global financial uncertainties, war and offshore inflationary pressures.

We might also have a disruptive shock from another meltdown globally. The Global Financial Crisis (GFC) was like a can kicked down the road, with all the money printing artificially masking serious problems in the U.S. In the event of the next meltdown, can the US print its way out of it again? What will happen in NZ when the American banking system hits the wall again? I don’t think anyone knows, quite frankly.

My advice to investors

The market is going down again. Note the use of the word “again” – this is part of a long-term boom-bust cycle. We are in a downturn. What tends to happen in downturns is the media commentators loudly sound the alarm, stating the property market is going to crash permanently and possibly never recover. This time it’s different they say. (It’s more interesting to say this!) While the facts of the day look different, the pattern repeats. Boom, downturn, bust, recovery – repeat.

Meanwhile, the media roll sometimes questionable economists, like the one that predicted a housing bust in 2013 and refused to buy a home, saying it was smarter to buy shares and rent. He missed a double boom and along with anyone taking his advice, got poorer in relative terms. He didn’t understand the benefit of leverage, or housing cycles. This guy was all over TV in 2013 giving incorrect advice, and he is still there telling us what to do and talking to the Government. It’s only funny because it's true! He is the media’s pet, willing to predict doom on any landscape. Inflating fear, selling newspapers, and encouraging profitable clicks. “Noted economist says it’s a race to the bottom for housing” (made-up example headline). The only thing I’ve noted from guys like this is that they are short sighted and enjoy the media limelight, more than being right.

But because property is cyclical, at some point these doomsayers are eventually right (for a period), the market recedes, then the downturn passes, interest rates settle down, the clouds disappear, and a better market emerges. And on it goes over 10 years. It’s a cycle, although this 2021 boom was a break in pattern with a double boom (thanks to the above-mentioned Government and RB mistakes in regard to ill-conceived monetary policy). So following a double boom, I expect a double sized bust, unfortunately.

While all of this negativity is happening, experienced investors keep level heads and take advantage of the market conditions. They play the long game, not the short game. They stand above the fear and hysteria of the media. I’m buying at present, and getting the best deals I’ve seen in years. Shortly I will be building terraces in Rotorua (where there is high demand for housing) and Auckland (a little more challenging, but a good strategy in the right areas). I’m doing greenfield subdivision work in South Canterbury. I’m buying development sites off motivated vendors in Auckland (thanks to the RB). And I’m quite confident the assets I’m picking up will recover in value; it’s just a matter of time.

So for property investors, my advice at present is:

Choose better leadership in the next election. This country really is going to the dogs (financially) under this well-meaning but incompetent government.

Invest counter-cyclically. A downturn is an opportunity over 10 years. The season for buying assets at bargain prices is returning.

If you are distressed, take a 10-year view, and don’t panic as the media wind up and report a property slump. What will your property be worth in 10 years? Answer: more than today; inflation will make sure of that. Don’t dump your assets if you can afford to hang on.

Get lines of credit in place – now, while you don’t need them. It can be very hard to get credit if you’ve lost your job in a downturn.

Think about the recent tax changes and how they will affect your cashflow – don’t ignore this and then get a nasty surprise when your accountant presents you with a tax bill from Labour’s interest non deduction rules.

If you are in trouble with your bank, communicate with your bankers and act early. They tend to shoot the borrowers who don’t respond or don’t react. It’s about proactivity and being seen to be actively solving the problem. Otherwise it’s more likely the bank will take over and mortgagee sell a defaulting borrower’s assets.

As always, ask for help from experienced investors and experts if you need it.

Bond service to get massive upgrade

I would have found your article a lot more creditable if it wasn't so political, and almost abusive at times. Stick to the property market situation and leave the politics out of it. Comments like "Choose better leadership in the next election." just cast doubt on your motives. Let us make our own political decisions! Just my opinion!

Kudos for a well researched and knowledgeable article. The economic cycles and the wherewithals to manage them will possibly reach a point where no amount of tweaking will have a lasting effect. Adjusting the interest rates to stimulate the economy or slow the inflation can only be effective upto a point. The entire world is living on borrowed (printed) money which has no backing. When RB and the government lowered the interest rate immediately post Covid was an obvious attempt to stimulate the economy to counter the negative effects of the pandemic. They obviously overdid it resulting in an artificial housing boom. House price at its peak a year ago was certainly unsustainable and the fall we see now is unavoidable. Do not act out of fear or greed. Live within your means. Investing is fine but don't forget civil responsibilities and social justice. Be grateful always.