The number of houses being sold across Auckland has fallen dramatically to levels not seen since 2010 when the country was technically in a recession after the global financial crisis. 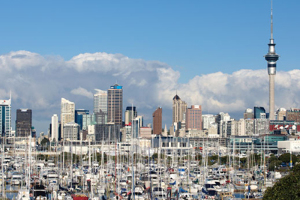 However, the median price for houses defied expectations in June and rather than falling increased by 2% on prices for May, Barfoot & Thompson’s latest statistics show.

Sales of properties for the month were the lowest they have been in a June month since 2010. “As occurred in 2010, it is in the number of sales being made where the impact is being felt most,” says Thompson.

“Rather than accept the prices on offer some homeowners are removing their homes from the market. This effect can be seen in the number of properties for sale at month end.”

Although Barfoot & Thompson, Auckland’s biggest real estate agency, listed 1,255 new properties during June, more than double the number it sold, total listings at month end had fallen by 0.5% on the previous month to 4,676.

Thompson says nobody saw the modest increase in prices coming.

Rather than seeing the median price increase as a low water mark, it is more likely to be a statistical blip that can occur when comparing statistics on a month-by-month basis, says Thompson.

“It was not caused by any significant shift in the numbers of homes being sold in various price brackets, with the sales numbers in the $2 million and $3 million price segments remaining constant with the lower priced categories.

“It does signal house prices are not in full retreat and are moving back gradually as vendors recognize that if they want to sell, they need to have some flexibility as to price expectations.”

Trading in the rural and lifestyle markets to the north and south of Auckland was typical for mid-year, with sales of more than $74 million. This was 14% down on sales in May but 7% higher than in June last year.