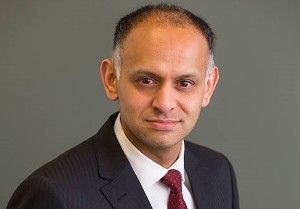 Across the country the number of properties listed for rent surged 12% to an all-time high year-on-year in May, according to Trade Me’s latest rental price index but demand fell 8%.

There were significant regional differences in the figures. Wellington’s listings lifted 45%, followed by Marlborough 24%, Auckland 16% and Manawatu/Whanganui 5%.

However, listings in Northland, Waikato, Hawke's Bay, Taranaki, Nelson-Tasman, Otago and Southland dropped compared to a year ago, while there was no change in Canterbury.

All regions apart from Canterbury and Southland had a drop in demand from prospective tenants, with the biggest declines in Nelson/Tasman, down 28%, Northland 19%, and Taranaki 15%. Southland, up 8% and Canterbury, up 21% were the only regions to see demand for rentals climb when compared with May last year.

The rental market is mirroring the property for sale market in May, with nationwide supply up 48% year-on-year, while buyer demand dropped by 9%.

Rents drop for the first time this year

In May, the national median weekly rent fell by 1%, when compared with April to $575.

This marks the first month-on-month drop this year, and is $5 less than the all-time high national median weekly rent recorded in April.

However, when compared to the same month last year, May’s median weekly rent marks a 7% rise.

Waikato was the only spot to see a new all-time high median weekly rent I May, reaching $525. The biggest year-on-year rises were in Taranaki, up 16%, Northland, and Southland,(both up 11%.

Trade Me sales director Gavin Lloyd says if the pattern continues, rents may tumble as landlords scramble to fill their rentals in a less competitive market.

In the Wellington region, the median weekly rent rose 3% year-on-year to reach $615 in May. When compared with the month prior, however, this marked a drop of 2% for the region.

Despite the number of property for sale listings swelling and demand dwindling, the number of consents issued for new dwellings eased just 0.5% in May.

The most popular housing for new consents are stand-alone properties, with 24,536 consented in the year to May. Coming in behind are townhouses, also known as terraced housing, with 19,656 consented and apartments, with 4,037 consented.

Most of the growth in building consents came from townhouses and units, with numbers up by 47.7% in the year to May while growth in stand-alone houses was at 2.1% for the year.

The total value of all building work consented in the year to May was $31.4 billion, up 19.5% on the previous 12 months.

“That means residential construction activity is set to remain strong for some time yet. However, conditions in the construction sector are changing, and the peak in the cycle is coming into clearer focus,” he says.

Ranchhod says first of all, the issue of monthly consents has been running at about existing levels for about a year now.

Next, population trends are radically different than they were a few years ago. Through much of the past decade, population growth far outpaced home building and shortages of housing developed in many regions - especially Auckland.

He says now net migration has plummeted and it is set to remain low for some time as many young New Zealanders who delayed travel during the pandemic are now moving abroad.

“The combination of a downturn in population growth at the same time as home building has surged means the shortages that developed in recent years are now being rapidly eroded.

Even allowing for a gradual lift in migration over the coming years, consent issuance is now running well ahead of what’s needed to keep up with population changes.”

Finally, says Ranchhod, the economic incentives for developers are looking different. House prices are declining and the economic outlook has become more uncertain.

“At the same time, materials and labour are in short supply, and the costs for builders - including financing - have skyrocketed. That’s squeezing operating margins for many firms, especially for many smaller operators.”

He says putting those factors together, a peak in the construction cycle is fast approaching, if not already here.

With a large number of projects already in the works, Ranchhod is expect building activity will remain strong for some time, but with biting capacity constraints and growing financial pressures, the scope for further increases is limited.

Over time, as economic activity more generally cools and existing housing shortages are eroded, we expect to see home building activity easing off its recent highs, he says.

Not if, but when construction starts falling