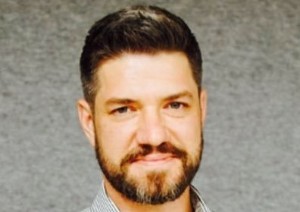 New lending to investors dropped by a whopping 41.4% annually to sit at a 17.1% market share of all mortgages.

The share of new mortgage commitments to investors with high LVR (60%) dropped from 32.1% to 30.1%, indicating they are still sitting on the fence and not buying while the effect of higher interest rates kick in and the removal of mortgage interest against expenses is worked through tax returns being prepared now.

While the total value of mortgage lending plummeted during the month, the average size of each mortgage increased to a record high of $406,000, the first time it has broken the $400,000 mark.

Far fewer people are taking out mortgages. Just 13,939 new mortgages were issued, the third lowest figures for a month since the RBNZ started the data series in 2014. Two of those months have been this year and the other was in April 2020 when the country went into its first pandemic lockdown.

The value of new mortgages to the four borrower groups dropped in April. New commitments to first home buyers had the smallest percentage drop, down 12.9% while new mortgages to other owner occupiers and investors were down 23.9% and 24.3% respectively.

Meanwhile, Kiwibank is predicting mortgage rates could lift to 7% on the back of the RBNZ’s willingness to squash consumer demand in order to meet its mandate to control inflation.

“We’d also argue current mortgage rates are already tight. Mortgage rates have risen swiftly. And rates are soon to be above 6% with the delivery of expected hikes to come. Nevertheless, the RBNZ is setting consumers up for much higher lending rates,” says Kerr.

A lot has been thrown at the housing market to slow it down – tighter LVR restrictions, property tax changes, tweaks to consumer credit legislation, more housing supply and higher mortgage rates. House prices peaked at the end of last year, and the RBNZ expects the downturn to continue with prices falling 15% from its peak.

Kerr says households will bear much of the pain from rising interest rates as the cost of servicing the recent splurge of debt grows. The question is: how well will households cope facing mortgage rates that could near 7% and house price falls?

“Ongoing aggressive tightening risks a hard landing for consumers and the economy at large.

“The RBNZ thinks that by and large households will manage. The labour market is solid, with the RB noting employment remains in excess of the maximum sustainable level,” says Kerr.

In addition, household balance sheets are strong and the RBNZ is confident in commercial banks’ due diligence done on borrowers in recent years.

During the covid crisis, government support, particularly the wage subsidy, led to a significant accumulation of savings. Also, house prices are forecast to be 12% down from peak to trough in early 2024.

But this will bring house prices only back to levels seen early last year. For most households, they will continue to have significant equity in their homes.

The rise in mortgage rates and falling house prices are expected to weigh in home building activity, says Kerr.

“This is exactly what the RBNZ wants to see, given a large chunk of rising domestic inflation is emanating from the building industry.

“We have argued the slowdown in construction activity, combined with building delays, will mean the housing market will continue to have a housing shortage over the next few years – despite weak population growth,” he says.

“An ongoing shortage will underpin the housing market and generate a modest recovery by the end of 2023. From peak to trough our house price forecast is not too dissimilar to the RBNZ, expected to be around 11%.”

It is 100% the interest deductibility. Good luck trying to rent a house in a good school zone in a few years.