News > News > Most borrowers ahead on payments

Most borrowers ahead on payments

New figures from the Bankers Association show many borrowers are ahead on their home loan repayments. 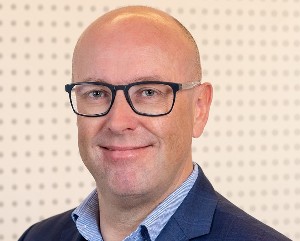 It says 44% of people with home loans were ahead on their repayments and just 2% of customers were behind on their loan repayments, but 44% were ahead.

Around 56,000 new homes loans were written from July to December last year, and around a quarter of those loans were for first home buyers.

Bankers Association chief executive Roger Beaumont said it is likely people are ahead as they have retained their repayments as interest rates have declined.

"Depending on their loan, others may have increased their repayments further to get ahead and repay their loan more quickly. This shows good financial capability among people with home loans. It also means they’re quite well placed in an environment of rising interest rates."

On the downside, banks received 7.5% more complaints than in the previous six months, though they dealt with them more quickly.

While there was a slight increase in referrals to the Banking Ombudsman, that number was still low: 2.2% of all complaints.

Accounts on the Banking Ombudsman's website show in several of these cases, banks were exonerated, often after making a small payment to a person who had fallen victim to an online scam.

Banks were also broadly successful in cases involving the absence of life insurance to safeguard a loan, the failed purchase of a domain name at auction, a dispute over interconnected loans, and other cases.

And the use of cash continued to decline, falling from 4.8% to 3.7% of all transactions within a branch.

The study, done last year, reveals 8.3 million bank accounts in New Zealand. The combined value of these accounts is also huge: $250 billion. Just on 2.3 million customers have credit cards, with an average monthly spend of $2,000 per card.

Just on 68.5% of cards are paid off in full each month so that people don't pay any interest. That is a small increase of 2.5% compared with the previous six month period.

These, and other figures, come from a study of the 10 main retail banks and covers the period from July to December last year.