Spike in properties for sale as House Price Index drops

A big jump in the number of properties for sale last month through Trade Me has coincided with REINZ’s House Price Index (HPI) falling 2.1% over the previous three months. 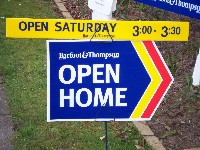 According to Trade Me data properties for sale rose 13% in March compared to February. They reached a record high in several regions, while demand also escalated.

Despite the increase in supply, Trade Me Property sales director Gavin Lloyd says the national average asking price reached a new record of $971,450 in March, up 21% year-on-year, with no change when compared with February.

“What this is telling us is sellers’ expectations have not shifted and most are still holding on to hope that their property will fetch top dollar.”

However, REINZ’s HPI nationally is down 4.3% from its peak, with the biggest falls occurring in the Auckland and Wellington regions with the HPI down 7.8% from its peak in both regions.

Over the three months to the end of March the HPI declined in eight regions, increased in three and was unchanged in one. Otago is the only region where the HPI is still increasing, finishing on a record high in March.

Trade Me says while nationwide demand for properties for sale dropped by 1% year-on-year last month, the monthly comparison showed a sharp increase in the number of Kiwis looking at properties in every region across the country, with a 14% total increase in views when compared with February.

“This was likely a reaction to reports of a potential market price correction,” says Lloyd.

“The number of properties listed for sale nationwide last month was the most since May 2019, before the market felt the impact of the pandemic,” he says.

The largest increases in demand when compared with the month prior were seen in the Nelson/Tasman (20%), Auckland (19%) and Taranaki (17%) regions.

Meanwhile international investors are increasingly watching New Zealand’s housing market for signs of trouble and one Australian financial services firm labelling Auckland the “canary in the coal mine”, a Stuff article claims.

New Zealand’s house price increases has been described as “astronomic relative to most other developed countries”, rising 45% compared with increases of about 25% to 30% in Australia, Canada, the UK, the US, Germany, Sweden, and the Netherlands.

High mortgage debts compared to incomes and the Reserve Bank’s aggressive steps to fight inflation have resulted in New Zealand’s housing market being the one to watch, according to multiple analysts both domestically and across the Tasman.

The firm’s research focused on debt to income ratios (DTIs), and found almost two-fifths of recent Kiwi home loans were lent out at ratios considered high-risk and curtailed by other countries, including the UK and Ireland.

Ireland and the UK have DTI caps between three and-a-half and four and-a-half times income. In New Zealand, customers with DTI of more than six account for 39% of recent borrowing, Barrenjoey found after analysing Reserve Bank data.

Auckland was higher, with 51% of recent borrowers taking out home loans at DTIs over six, and a fifth borrowed at DTIs over eight.

Debt to income ratios are yet to be officially introduced by the Reserve Bank as a tool for calming the housing market although some banks are using them informally. It may be academic as house price growth is slowing considerably as shown by the REINZ HPI.

So are people to believe that an index drop of just 2.1% is it??? This is only the start of it......the 'embryo' stage. Most western world developed countries have printed unprecedented BILLIONS of their relevant currencies....and various media send the message that they just can't understand why there is rampant "INFLATION" not experienced for decades. I'm confused why the masses just don't understand that INFLATION does not exist....except as a word. What most don't clearly recognise in their minds, is that what they "think" is inflation (making their houses rise (inflate) in value, is the simple after-effect of DEPRECIATED currency spending power. You just need more currency to buy things such as groceries & fuel & houses, because a few BILLION dollars of extra currency has watered the previous spending-power down. Our government had a 'momentary lapse of concentration' and decided to print over $300 BILLION since March 2020 to subsidise a bunch of businesses from a claimed pandemic, so that has obviously 'watered down' our existing amount of NZ Currency immensely....creating what most are referring to as INFLATION......and wondering WHY vegetables, and fuel and houses have gone up (INFLATED) in value (price). If you drink raw cordial, it is insanely sickly sweet.....however, if you water it down, it becomes drinkable. Yes, there is more quantity to drink, just like there is more currency (money) to spend when it is 'watered down' by extra Billions of it being printed and subsequently injected into our fiscal (money) system. Houses don't INFLATE in value.......you just need to spend more of it to buy a house!!!? Once you "get a grip" on that phenomenon, you get a grip on how it all works, and you then realise partly why I co-founded my hugely successful Investment Advisory company back in the latter 1980's, prompted in part by Mr Robert Muldoon's speech to our nation in 1984 where he said "I AM GOING TO DEVALUE OUR NZ CURRENCY THAT YEAR AT THE RATE OF 1% PER MONTH." What WE heard him say was "I'M GOING TO CREATE INFLATION THIS YEAR AT THE RATE OF 12%." I try my best, however, I may not be explaining it clearly enough??