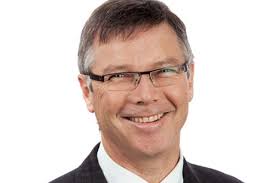 This means landlords can no longer offset the interest costs they pay on mortgages as an expense against their taxable income if they bought a property after 27 March last year.

For properties bought before then change will be phased in over four years from the existing tax year until 2025. It will then fully apply to all rentals apart from new builds, property developments, properties leased to Kainga Ora and land businesses.

The Taxation and Remedial Matters Bill passed its third reading on Tuesday, but the legislation applied from 1 October last year. The bill also extends the bright line test from five to 10 years. However, the test for new builds will stay at five years.

Finance Minister David Parker says the ability for property investors to deduct interest against taxable income has been a huge tax break.

“In real terms at the end of the year, the investor only owed 97 cents adjusted for inflation. Yet ithey have been getting a deduction for the full 6% interest charge,” says Parker.

He says investors get a deduction, effectively, for the inflationary component of their interest payment, but normally don't pay tax on either the real or nominal increase in the value of their asset upon sale.

“If their debt is 60% of their property, then the excessive deduction in this example is 1.8% per annum.

“Over 20 years, that is a 36% tax deduction of the original purchase price. That amounts to a distortionary tax setting and it's one of the reasons why New Zealand house prices have become so inflated.”

Parker says it is why residential rental owners have been able to outbid a first-home buyer because they have a tax advantage over their competitor.

He says over a long time, the tax system has allowed a significant over-deduction of interest on residential investment property and this has caused investor demand to massively increase and squeezed out first-time buyers.

“So the Government has decided to act by removing the ability of investors to deduct their interest. For clarity, that interest can still be deducted against profits under the bright line test because that's fair, but the objective is to reduce investor demand for existing residential property and thus make it easier for first-home buyers to successfully compete to purchase a home.

National MP Andrew Bayly, who has been resolute in wanting the tax changes rolled back, says by far most of the country’s rental homes are owned by mums and dads, who are claiming no more than $30,000 interest a year.

“If it is taken away, it will mean in some cases, those investors are going to have to sell their properties, and of course once they sell those properties will no longer be available to be rented and, if they do keep them, they've got to bear a $30,000 cost, Bayly says.

Seems to me that all those arguments apply equally to any other business that claims interest as an expense. And I can't see any sign that discouraging investors from buying property has lowered prices at all - as opposed to increasing interest rates, lowered LVR's and credit restrictions - and considering that the percentage of FHB's has also dropped it doesn't seem if it has achieved that policy goal either. In my case, all it has done has made me put up the rent more than I have ever done before, and more than I wanted to, to ensure that our investment is still cash flow positive. Tough on the tenants!