A Rotorua landlord was surprised to find ETB Realty let his property to a tenant who had to pay exemplary damages for smoking methamphetamine at her previous flat also rented to her by it. 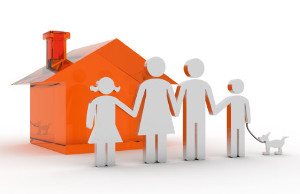 It wasn’t till half way though his tenancy that landlord Martin Bader became aware Nasya Burton had been ordered by the Tenancy Tribunal to pay exemplary damages of $770 to her previous landlords for smoking methamphetamine at their Sunnybrook property.

A subsequent test at his Western Heights property clearly showed methamphetamine had been used at the premises during the tenancy.

Burton’s tenancy at Bader’s Western Height property was short lived. It was ended by tribunal order after 3.5 months when she abandoned the premises.

ETB Realty then applied to the tribunal for exemplary damages for unlawful use, electrical fittings replacement/repair, lock/key replacement and rubbish removal.

ETB Realty found the abandoned premises with knee high grass requiring a weed eater to be used first to lower the length so it could then be mowed. Once the grass was lowered various rubbish items were found strewn throughout it.

Burton also did not return the keys and the outside porch light was ripped off the exterior wall leaving loose wires hanging, resulting in her having to pay ETB Realty $1,000.95. for the repair costs and ground works.

The tribunal found Burton’s methamphetamine smoking at the property was intentional after ETB Realty undertook a test just before the tenancy started which recorded a composite level of 0.6mcg per 100m2. This provided a baseline.

Because it had received a positive methamphetamine test result from Burton’s previous tenancy which ETB Realty had also managed, a methamphetamine test was undertaken on 23 September. It recorded five rooms in the house with levels over 1.5mcg/100m2, with the highest individual level 4.09mcg/100m2.

Adjudicator Ruth Lee says while it does not amount to contamination that is “damage” because it does not exceed the Gluckman report level, it clearly shows methamphetamine has been used in the premises during the tenancy.

“The effect on the landlord has been harsh with no rental income for the past three months due to remediation work being carried out. This issue has caused great stress and uncertainty for the landlord particularly when there are no regulations yet in place determining the safe level of methamphetamine residue for safe habitation.”

Lee says although the level of residue is low, this is the second award of exemplary damages for the same unlawful act the tenant has committed within the past 12 months. “I consider that 50% of the maximum is reasonable given 40% was awarded for the first occasion.”

Burton was ordered to pay $900 in exemplary damages to the landlord bringing to total award to $1,921.39.