February sales figures have dropped to the lowest number in a February month since 2011. 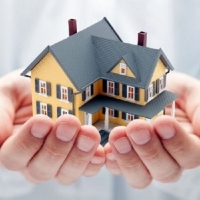 REINZ data show sales dropped 32.8% in February from 8,324 in February 2021 to 5,597.  For the month between January and February sales declined 3.2%. February is usually the biggest sales month of the year,

Regions with the greatest annual percentage decrease in sales volumes were:

Median prices across the country increased with only Auckland and Northland dropping.

Auckland’s median residential property price increased 8.2% annually, from $1,100,000 in February last year to $1,190,000 — though down 0.8% on January. Since its peak in November 2021, Auckland has seen a significant drop in the annual percentage increase at a level not seen since LVRs started to effectively curtail rapid property price rises in late 2015.

REINZ chief executive Jen Baird says market sentiment has shifted over the past couple of months which is evident throughout the February data.

While prices remain strong, the number of sales continue to drop and an influx of stock across New Zealand is easing demand pressure, which may in turn further ease price growth in the coming months.

Healthy median price increases continue in Canterbury, reaching a record high in February. Selwyn and Waimakariri lead the charge, both having reached record medians in eight of the past 12 months.

“While prices are holding despite the change in market dynamics, there is now a fear of over paying (FOOP) amongst buyers, some of whom will be under additional pressure from legislative and fiscal changes impacting their ability to borrow,” says Baird.

As a shift in sentiment sets in and buyers are less willing, or unable, to pay the prices we saw towards the end of 2021, pressure will come on vendors to adjust their expectations to meet the market.