News > Commercial > Records to topple for commercial and industrial sales

Records to topple for commercial and industrial sales

Commercial and industrial property sales last year are expected to zoom past $12 billion for the first time. 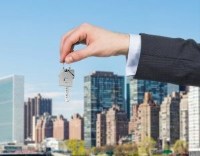 This reflects the impact on value and the significant yield compression that has occurred over the past few years, says Chris Dibble, Colliers International national director of research.

The final tallies will be confirmed over the next few months due to lags in official reporting, but the industrial, office, and retail sectors experienced a surge in investor demand last year, spurred on by positive economic and financial conditions thst supported owner fundamentals and transaction decisions.

The industrial sector generated about 50% of sales activity and is poised to exceed 2,500 transactions. The total sales value is expected to top $6 billion, with sales in Auckland making up more than 50%.

“The appeal of the sector has been bolstered by owner and tenant demand increasing, boosted by growth across multiple sectors, while the ability to increase new supply remains constrained,” says Dibble. The combination of these factors has seen vacancy rates fall to historically low levels resulting in upward pressure being applied to rents across a majority of the country’s major industrial precincts.

Confidence in the sector is clearly illustrated by results from Colliers’ latest investor sentiment survey, which shows the sector generating a net positive rating of just under 69%, the highest recorded since the inception of the survey.

The office sector is likely to account for about 20% of last year’s commercial and industrial sales based on sales evidence and 20 years of sales trends.

Dibble says the scale and higher value of office premises, particularly in main CBD markets, means the number of transactions within the sector lags behind that of the industrial and retail sectors, accounting for approximately 12% of total transactions, but generating 18% of total sales values.

“Prime grade assets are the focus, and the lack of stock available to buy is generating high levels of competition, from local and offshore sources,” he says.

“The quest for quality is likely to strengthen further this year influenced by issues such as culture, the ‘great resignation’ and the growing emphasis on environmental, social and governance (ESG) criteria, which will see businesses commit to higher quality and sustainability-driven office space to entice people back to the office in a high employment environment.“

Over the year to June 2021, the retail sector accounted for approximately 25% of investment sales by volume which was little changed from the year prior.

Investor activity over 2020 and 2021 and record pricing has been heavily weighted towards the supermarket, DIY, service stations and other large format retail sub-sectors reflecting their high levels of resilience during the pandemic and high levels of consumer spending activity that has underpinned occupier demand.

“The recalibration in retail asset pricing for shopping centres and other strip retail premises that occurred in 2020 and 2021 has already started to attract a new wave of investor enquiry,” says Dibble.

“The overall outlook of a more open border economy will also assist in shifting sentiment more positively across the retail sector.”

Transactional activity was led by the Auckland market which, in line with longer term trends, accounted for about one third of the total sales and half of total sales value over the year.

The Canterbury region made the second largest contribution to sales turnover accounting for more than 13% of transactions followed by Waikato which generated about 12% of total sales activity.

The Bay of Plenty has cemented its position as one of the country’s favoured investment destinations. The region generated more than 8% of the nation’s sales by value last year, well up on its long-term average (1989 to present) of about 5%. This lift reflects the rapid growth the region is experiencing which has brought with it the development of large-scale assets, says Dibble.

The Wellington market generated about 7.5% of total sales value with office assets leading the way. More than $300 million of office premises sold last year, a figure which trails only that of Auckland. “Vacancy rates in the capital continue to remain low, and the ongoing issue of a lack of high quality, earthquake resilient premises remain key drivers,” says Dibble.

The commercial and industrial property markets will be subjected to a range of changing influences this year, which will bring both challenges and opportunities to investors, he says.

“Stimulatory monetary policies have proved successful in supporting the economy during the pandemic but have, in concert with other influences such as supply chain disruption, resulted in a surge in inflation.”

In response, the Reserve Bank has increased interest rates and signalled further increases will follow over the course of the year. “Banks are also tightening lending criteria which may make accessing funds more challenging. However, significant levels of equity have been generated by local and offshore groups,which will be attracted to the income generating, inflation hedging nature of property,” says Dibble.

Despite these challenges and the increasing likelihood of the slowdown in the cycle of yield firming over the short- term, market activity this year is likely to remain solid. “There are a number of significant factors that continue to underpin both occupier and investor demand for commercial and industrial property.

“While interest rates are rising, they are doing so from historic lows and remain well below long term average levels. New Zealand’s economy continues to perform strongly with GDP rebounding and unemployment falling.