One in 10 of Tower's policyholders face increased premiums, the rest will see decreases. 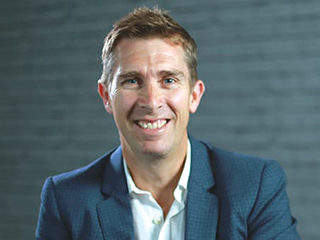 Tower insurance holders can expect an average $25 reduction in the flood risk portion of their premiums.

This comes after Tower invested in detailed modelling showing the risk of flooding from rivers and rain for residential addresses across New Zealand. It is sharing flood risk ratings with all New Zealanders and using its data to better match flood premiums to risk.

Developed with analysis from Risk Management Solutions (RMS), the world’s leading catastrophe risk solutions company, and other data sources, the launch of the model is a first for New Zealand and is part of Tower giving customers a better understanding of their risk profiles.

Tower customers will receive a low, medium, or high rating for their home, reflecting the potential risk of a flood and the estimated cost of replacing or repairing damage caused by flooding.

For nearly 90% of customers, they will receive on average a $25 reduction in their premiums. For about 10% their premiums will rise. Mostly under $50 a year.

Tower chief executive, Blair Turnbull says it isn’t easy for homeowners to understand the wider risk and perils linked to their home, including flood and earthquake.

“Ninety per cent of Kiwis say access to flood risk data about a house they are looking to buy may change their thinking about the property in some way. We also know only one in three Kiwis feel confident they have the right level of insurance for their current house to cover the risk of flooding by waterways and rainfall,” says Turnbull.

For the flood risk portion of policies Tower will now be able to assign a rating specific to residential addresses, allowing Tower to match premiums more accurately to risk.

According to Lloyds of London Insurance Risk Index Report, New Zealand is the second riskiest country in the world after Bangladesh when it comes to natural disasters.

“As a Kiwi insurer, we are acutely aware of the climate risks faced by New Zealand,” says Turnbull. “The launch of this model is aligned with Tower’s commitment to a sustainable future and being more open and transparent around insurance and risks associated with climate change. We believe that risk-based pricing is a fairer way to structure insurance to ensure that customers don’t pay for risks they don’t have.

The RMS model is built with data obtained from local organisations and institutions, including the National Institute of Water and Atmospheric Research (NIWA), Land Information New Zealand (LINZ), local and regional councils and the ICNZ.

“The benefit of using the RMS model is it is so detailed that neighbouring properties can have very different ratings, depending on the camber of their land, whether they have a flood wall, and other factors.

“It means we can predict the impact on the individual property based on how it is constructed, height, number of floors, materials, and flow of the water,” says Turnbull.