It is a region of contrasts - mountains and plains; a major city and side-kick; Rocket Lab's orbital launch site, alongside extensive rural holdings; 2,200 hours of sunshine each year and 350 kilometres of stunning coastline.

The region's Bordeaux-like climate and wide range of soil types have nurtured vines since the 1850s, making Hawke's Bay New Zealand's oldest wine region. The area is famous for its full-bodied reds and complex Chardonnays - amount other varieties produced from 70 wineries. It is also regarded as the country's fruit bowl being the largest producer of apples, pears, stone fruit and squash.

Many Maori legends come from the region. The most famous story tells of Maui fishing with his brothers and catching a great fish that turned out to be the North Island. According to legend, the hook formed part of the North Island coastline which subsequently was named Hawke’s Bay.

Although somewhat isolated from the rest of New Zealand, Hawke’s Bay hasn’t been immune from rocketing house prices. In both Napier City and its smaller neighbour Hastings, house prices in some areas have risen by more than 30% to September 1 this year from the same month last year.

SITTING ON THE FENCE

While the region has been hit by lockdowns – not as severe as Auckland – real estate agents are expecting a vigorous transaction season, even though many investors are sitting on the fence.

Property Brokers Napier agent Darren Cuneen says most investors owning one or two properties are sitting on their hands while the serious investors with 20 to 60+ properties are still in the market buying, but there is not a flood of listings.

In saying that, Cuneen says some of the investors with big portfolios are selling half or more of their assets and diversifying into commercial and industrial or other investments to balance their books.

She says Hawke’s Bay is a mecca for investors although many are in the older age bracket. “Many people have bought an extra property to supplement their income. Wages are reasonable but not at the level of big-city salaries. Aucklanders have also cashed in on the property boom.”

The most popular investment areas are Flaxmere, a low-socio-economic suburb in Hastings and Maraenui, a similar suburb in Napier, where houses are cheaper. “Both suburbs have an abundance of rental properties,”
says Cuneen.

“Investors are starting to buy again, usually at prices over the $600,000 mark. Two years ago the same house would have cost $400,000.” Cuneen believes prices will continue rising, despite the mortgage interest tax deductibility being phased out and the bright-line test increasing to 10 years.

“House prices are going to go up unless one of two things happens. The first is a sudden surge in house building and second the borders open and 100,000 New Zealanders decide to try their luck overseas and leave. There
has to be more houses come on to the market to have any effect on prices.”

Hastings agents David Scapens and Jason Whitaker, Property Brokers’ most prolific sellers nationwide, say investors have traditionally concentrated on Flaxmere and Camberley but will now chase yields anywhere. “It is all down to the numbers involved,” says Scapens.

The most popular investment property in Napier is a three-bedroom while Scapens says it can be any configuration in the Hastings area as long as the yield is acceptable.

Scapens and Whitaker recently sold a multi-use property for $805,000. A gross yield of 5.8% was achieved. “Buyers in 2009-2011 were getting double digit yields and some of them are now taking the capital gain and off-loading at yields of 5-5.5%. The property market is all about swings and roundabouts.”

Cuneen says investors he has come across recently won’t look at properties with yields below 6%. “Many are wanting up to 8%, but properties with these sorts of yields are rare. Multi-unit and home and income properties can produce higher yields and investors scramble to buy them.”

New builds are not attracting investors, he says. The rental figures for new builds, which are mainly at the luxury end of the market, don’t stack up. Neither do bare sections. Cuneen says a 500m2 section can sell for $300,000 and with the cost of a newly built house, the total package can top out at $1 million – outside the realm of investors.

New investors are popping up in the residential market, but Scapens says they are a different type – not entirely interested in yields. “They are just parking their money in property rather than leaving it in the bank.

There is not a flood of properties on the market in either Napier or Hastings. Scapens and Whitaker have nine on their books, with eight under contract. So far this year they have sold 84 properties in Hastings and expect to do 100 sales for the year. In 2018 they sold 133.

About 26 of their sales have been rental properties sold to owner- occupiers. “When we sell rentals, which data show on average house 4.7 people to owner-occupiers which house on average 2.2 people, it displaces on average 2.5 people. The 26 sales of rentals has displaced 157 people,” says Scapens. “Where do they end up – usually in emergency housing. It’s sad. The Government needs private landlords – alienating them affects tenants.”

Average rents in Napier and Hastings have risen $100 a week in the past year, says Propertyscouts owner Duncan McLean. “A three bedroom average house is now renting for $500-$580 a week.” McLean says rents are likely to keep rising, particularly if landlords are highly leveraged and going to be hit with the phasing out of mortgage interest tax deductibility.

Across the region there have been five times more properties sold this year than the past four years, many to owner- occupiers and displacing renters.

As a result, Hawke’s Bay is desperately short of rentals. A house McLean advertised recently had 30 completed applications overnight. “It is not unusual to get 80-100 applications for any home advertised in either Napier or Hastings,” he says. “It is uncomfortable when you see the same families applying and missing out.”

He puts the huge demand down to people moving to Hawke’s Bay in all sectors – pipfruit, wine, commercial construction and others, such as doctors, arriving on 12-24 month work contracts. “There is just not enough houses to go around and a huge number of people in emergency accommodation.”

Because of the housing shortage and rising rents, McLean has noticed a shift to intergenerational renting – families with children and grandparents living at the same property – and he believes this will become an acceptable way to live for many families unwilling and unable to pay expensive rents.

His company offers a rent guarantee to landlords – one of the first Hawke’s Bay agencies to do this – and says because his property managers keep a daily eye on rents, Propertyscouts has no arrears. If tenants hit financial trouble, Propertyscouts is aware of it early and can point them to Emerge, an agency that works with both WINZ and the Government and there is usually support available.

McLean says rents will keep rising to cover landlords’ costs. “After all, this is a business and while the Government takes aim at landlords with the Healthy Homes legislation, which is costing some investors $4,000-$5,000 a rental to bring them up to standard and the loss of mortgage interest tax deductibility, they don’t have many options apart from putting rents up.”

Propertyscouts’ property management business has grown considerably in the past 12-18 months as private landlords have decided they need professional landlords to handle their properties, says McLean.

“It is no longer possible for most private investors to manage their own properties with changes to
the legislation giving tenants more rights than landlords and compliance issues. It is now a minefield and they feel more comfortable with a professional landlord.” ■ 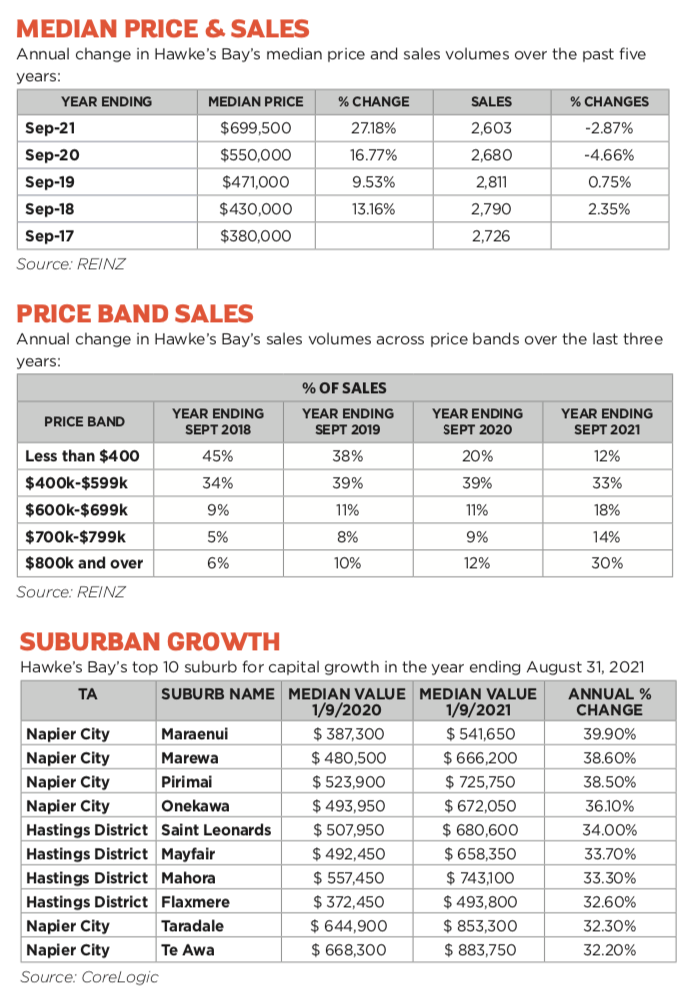