The Government has disclosed there are no new measures under consideration to cool the housing market. 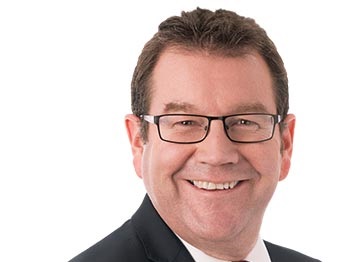 Instead, the Government will rely mainly on policies that are already in place.

The comments came from the Minister of Finance Grant Robertson. He was answering questions while unveiling the Government financial accounts for the year to June 30 2021.

Those accounts showed a strong rebound from forecasts as recently as those of the Budget in May.

There was a deficit of  $4.6 billion, far better than the $10.6 billion deficit predicted in the Budget.

Net debt was relatively restrained as well, at 30% of GDP, compared with a forecast 34%.

During questioning, Robertson faced stiff challenges about the housing market as well as the Government accounts.

That market rose 26.3% in a year, according to the most recent figures from QV, and was the least affordable it has even been, according to CoreLogic.

Robertson responded by saying those figures had to be looked at carefully.

He said data from the major banks, the Reserve Bank and Treasury agreed the monthly rate of increase in house prices was beginning to ease off.

“Everybody is continuing to accept that the impact of both the Government's policies and the Reserve Bank's policies will have that effect.”

The Government earlier this year tried to cool the housing market by removing tax deductability from rental properties except for new builds, and by assisting with the cost of developing infrastructure around housing developments.

Robertson said the impact of those changes were only now starting to come into effect, and this process would continue.

But he said there had already been a rise in building consents to what he said were record levels.

But these reforms were definitely the end of the matter for now.

“At this point we are not proposing any major changes in the tax area or anything like that.

“We will continue to monitor the situation …...  but the changes that we made in March are really it for now.”