Residential landlords have been warned about the methodology used to set a heating capacity standard for qualifying heaters in living rooms under MBIE’s Healthy Homes standards. 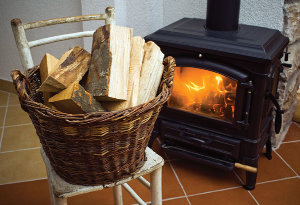 He says the heating assessment tool needs to go back to the drawing board.

Landlords must provide one or more fixed heaters that can directly heat the main living room of rented properties.

These heater(s) must meet the minimum heating capacity required. This capacity is determined by a formula set out in subpart 2 of the Residential Tenancies (Healthy Homes Standards) Regulations.

The formula calculates the kilowatts needed to reach a living room temperature of 18°C given inputs on the heat retention properties of the room and an assumed minimum external temperature, which varies by location.

This formula provides the basis for the online heating capacity calculator on the Tenancy Services website.

Harrison says there are serious deficiencies in the formula and the supporting analysis.

“An inappropriate measure of external temperatures has been used.

“Qualifying heaters are expected to have the capacity to reach an 18°C target when the temperature is at its lowest during the year, which is generally at about 6am in the morning when there is an extreme frost.”

“The minimum temperatures experienced during the day and night can be expected to be higher than the Ministry of Business, Innovation and Employment’s measure of the minimum in most locations.

“Its approach generates some perverse outcomes. The minimum temperature for Kāpiti is 5°C lower than in nearby Wellington.

“Wellington, along with Kaitaia, is rated as the warmest locality in the country.”

Critically, says Harrison, the heating capacity formula appears to have been deliberately fabricated, to increase the requirement by inserting a “floor space” measure, which has nothing to do with heating capacity needs, into the formula.

“This has the effect of pushing capacity requirements about 30% above standard industry capacity assessments.

“As a consequence, heat pumps will be required in some small living rooms where they are not economic or technically efficient, and many existing heat pumps, installed on professional advice, will be deemed to be no longer adequate.”

There is no supporting documentation for this “floor space” requirement, says Harrison.

“The response by Associate Housing Minister Poto Williams to a request for this information under the Official Information Act was to refuse it because ‘the policy documents that explain the theoretical basis for the model and the calibration of the inputs do not exist’.

“We found it quite extraordinary that there was no policy document explaining the formula that is at the heart of the heating requirement.”

Harrison discussed the “floor space” requirement with a Tenancy Services policy analyst. He was unable to offer an explanation for the requirement, though he admitted that it did not appear to make sense.

He initially suggested that since the regulations had been approved by Parliament, Tailrisk Economics should contact the nearest Member of Parliament for an explanation.

“The notion that an MP would know this technical detail, when the responsible Ministry doesn’t, is of course, absurd,” says Harrison.

“The explanation for the insertion of this variable into the formula is clear.

“MBIE appears to have been on a ‘mission’ to force heat pumps on landlords without much regard to whether this was economic or whether heat pumps are an efficient solution for some smaller living rooms.

“It looks like someone slipped the additional variable in, probably hoping no-one would notice.

“MBIE was apparently careful not to commit anything to paper and did not have the formula peer reviewed.”

The logic behind the heater capacity standard

The heating capacity standard is based on the proposition that heaters should be capable of heating the living room to 18°C in all circumstances.

Accordingly, the capacity requirement is calibrated to the minimum expected external temperature.

A heater in a living room in Christchurch is required to have 22/16 = 1.375 times the capacity of a heater of a comparable house in Wellington.

The basis for the 18°C target

The rationale for the 18°C target is a 2018 recommendation from the World Health Organization.

But Harrison says there is no evidence temperatures of just under 18°C have any effect on people in reasonable health – particularly if it occurs just for a few hours a year in cold snaps.

“A heating assessment tool should be a useful aid, not only for tenants and landlords, but for homeowners and others with an interest in home heating. However, the existing heating tool is flawed,” says Harrison.

“The external temperature for the capacity test is set at the coldest hour of the year, around daybreak, rather than reflecting temperatures when living rooms are actually in use.”

He says the heating formula appears to have been deliberately manipulated to increase the heating requirement.

“There was no documentation; no real-world tests were carried out to check the formula, and there was no genuine peer review of MBIE’s analysis.

“As a consequence, heating capacities are typically set 30% or more higher than they should be.

“Heat pumps are being required in small rooms where they are not economic and technically efficient.

“Landlords will be required to install additional heat pumps in rooms that are already being adequately served by heaters installed after professional advice.

“The argument that heating requirements should be more conservative because this is a health issue does not hold water.

“Poto Williams should go back to the drawing board and instruct MBIE to create an accurate and credible heating assessment framework.

“The heating formula in the regulations should be immediately changed to remove the ‘floor area’ adjustment.”

The writer is only half correct. There are some other variables that have been omitted from the formula. Calculations of this nature need to take into account thermal mass. Thermal mass is what stores the energy. This energy leaks out when the outside temperature goes down and it takes longer to "heat" up once the heater is turned on. The calculations are way beyond the mathematical ability of any heat pump technician so it has been approximated. In Engineering when you put rubbish into an equation you get rubbish out. Far too many people in the building and heating industry use guess work.

Humans survived well before air conditioning was invented. The Eskimos did not go extinct because the temperature was always below 18 degrees. Forcing landlords to install air conditioners based on faulty formulas is neither scientific nor necessary, and tenants may never use it.