News > Property > Tax deductibility rules could be revealed next week

Tax deductibility rules could be revealed next week

Developers and landlords who have been waiting with bated breath for clarification around the tax deductibility rules on mortgage interest should get some answers next week. 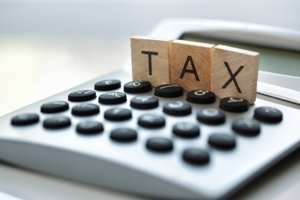 Expectations are that Revenue Minister David Parker will release details of what the removal of interest deductibility will look like early next week.

This is only days ahead of the change taking effect.

The new rules relating to interest deductibility, renamed the interest limitation rules are due to come into force on October 1.

The move announced by Finance Minister Grant Robertson in March aimed at cooling the rampant housing market took the property industry by surprise.

While the Government released a 138-page discussion document, it is yet to say exactly what the rules will entail.

And what a new build will look like to be exempt from the rule change and extension of the five-year bright-line test to 10 years.

Only a single press release has been issued by Parker since the announcement of the tax change, which is to be phased in over four years.

When announcing the tax change Robertson said he believed it was a “very significant move”.

The Government has indicated the rule change will be made through a Supplementary Order Paper linked to the Taxation (Annual Rates for 2021–22, GST, and Remedial Matters) Bill, which is still to go through the select committee process where public submissions can be made.

The final details of the change might not be known until the bill is passed possibly in March next year.

Labour labelled the change as closing a “tax loophole”, but National says it it isn’t and New Zealand’s tax professionals agree.

“This is a fundamental principle of tax policy, one that has existed for years until the Government decided to change it, says National’s shadow treasurer Andrew Bayly.

“Taxpayers have a right to know how the new interest limitation rules will work in practice: for example, what is the definition of a ‘new build’ and who will be entitled to the concession to deduct interest and for how long; and whether build-to-rent properties will be captured under the interest deductibility rules,” Bayly says.

National’s housing spokesperson Nicola Willis says National has previously questioned the Minister on the bright-line rules that came into force earlier this year.

“New Zealanders want to know how the new rules will affect parents who purchase a property for their child to rent while at university, or what will happen to farm owners who rent out cottages on their property to employees.

“Kiwis want clarification from the Government, but they aren’t getting any.

“The Government shouldn’t be introducing fundamental changes to the tax system without going through a proper select committee process and giving the public the chance to have their say, before finalising the legislation.

“On that basis National is calling on the Government to delay the rules coming into effect from October 1 to April 1, 2022.

“We believe the process is flawed and we’re not alone, many tax experts agree. The proposed decisions are unworkable and pay no heed to decades-old tax principles.

“National is committed to reversing the changes when in Government,” Willis says.