The Covid lockdown had a small dampening effect but no significant impact on Auckland’s residential property sales last month. 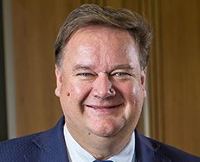 However, they were significantly down on the level of trading experienced in the previous three months.

The real estate company’s managing director Peter Thompson says if the same period last year is excluded, when the market was still recovering from a two-month lockdown, sales were more than 20% higher than normally achieved in August.

Sales and prices stood up extremely well during the first two weeks of the lockdown.

“A major reason for this is the systems and procedures the industry and other professions such as banking and legal have put in place to enable trading to carry on during lockdowns,” says Thompson.

“This enabled vendors and buyers to progress negotiations and contracts around properties that had been viewed prior to the lockdown starting.”

By the end of August the sales pipeline was shrinking.

Based on weekly sales data, sales numbers are two thirds of what they might otherwise have been had the lockdown not occurred.

New listings for the month at 1,258 ensured buyers had a modest level of choice, and at month end there were 2,601 properties on Barfoot & Thompson’s books.

This is 28 fewer than at the start of the month and the agency’s lowest number in more than four years.

Two-thirds of the homes sold during August were for more than $1 million, and 12% of all sales were properties that sold for $2 million or more.

“Given that the Covid lockdown is continuing into September for Auckland, potentially resulting in fewer new listings coming to market, sales numbers may well be down this month.

“This is likely to see prices holding or increasing, rather than falling,” says Thompson.

Three trends emerged during August in both the urban and rural markets:

1. the number of virtual appraisals and viewings taking place through the use of new technology
2. the number of appointments being made for viewings when Auckland moves to a level which allows them to take place
3. buyers looking to get ahead of the market by buying “sight unseen” but adding a clause to the sales agreement reserving the right to inspect and approve within three or four days of lockdown being lifted.

“These developments are assisting the market to move forward while under lockdown,” says Thompson.

Sales in the rural and lifestyle markets throughout the Northland and Auckland regions have been largely unaffected, with sales in dollar terms being their highest in 18 months.

In the Far North interest remained high in beef and dairy listings, while to the north and south of Auckland, buyers were in the market for kiwifruit and avocado farms and potential greenfield developments.

Aha People in various sectors have a "barrow to push"and I certainly do not blame them, as that is their business Yes, I have mine of sorts? If the featured article is quoting 'year-on-year' house price increases at; median 23.0% and average 18.7% what immediately comes to mind is the recall feature within Blue Chip's seminar theme, being that houses double in value each 10 years (on average),....that is at the rate of 10% pa. So the simple maths suggests that the quoted average price increases year on year are just over double that . So, where do the likely negative factors enter into this debate? > Interest rates are on the rise (didn't need a degree to forecast that natural phenomenon?) > Immigration (bar the trickle of returning Kiwis as they have been allowed?) > Over-seas 'trends' ahead of ours. (Distressed or toxic home mortgages have risen markedly in the last 3 years) > "Overflow" from the recent WEF talks are set to hit us soon Just to list a few. There are still many Kiwi's who just cannot imagine life to be unlike we have enjoyed in recent decade Sadly, they are joining into the "bigger-fool" debacle that many people fall into worldwide. The diminishing values have already begun to show, however, we have not quite reached the big 'tipping point' . When we reach that point soon, we are going to see two main types of house buyers with two main differences. 1. The (first home ) buyers, who are going to discover they bought too high, in the distorted belief that "supply & demand" factors will remain in their favour? 2> House "investors" who have lots of money to lose. The number one's will end up with negative equity, and hopefully have budgetted on the need to either weather the decade + long falls & higher mortgage payments due to rising interest rates, or, sadly, to join those who have walked out of their homes and rent them back, as in the distressed (toxic) debt scenarios already evidenced overseas. The number two's, will have to cut their losses due to the protracted downturn and sell their often multiple houses at reduced values......maybe to the rejoicing of new home buyers?? Then, if the "conspiracy theorists" are seen as correct, there will be a high ratio of people die-ing, with the result that there will be less people as buyers, therefore assisting the supply/demand ratio compared to today?? As many have stated, the proof is in one statement TIME WILL TELL