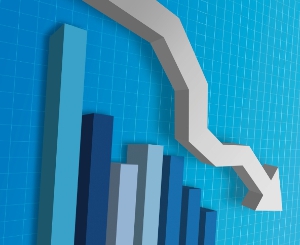 Grant Swanepoel and Luan Nguyen gave this prediction ahead of Fletcher Building's full year’s results due on August 18.

Fletcher Building's main earnings are from building new houses across the country and the industry is adding 32,000 new homes a year, which is close to capacity.

Total industry construction is 4,000 higher when second homes and knockdown rebuilds are added.

This is because mortgage payments – as a percentage of household expenditure – have recently topped 28%, pushing past the 26% 12-year average.

In addition there is limited scope for material rent increases as rent – as a percentage of household expenditure – has hit a new high.

Renters have also been somewhat stuck by a lack of supply which is starting to ease. And rising mortgage interest rates are pushing both new homeowner and investor models into duress.

“There is a view, house prices don’t go down – mainly backed up by evidence from the mid-2000s when house prices defied interest rate increases and continued to rise.

“However, house prices can fall, as happened in the 1970s when real prices fell almost 40% over the decade and for a few shorter periods through to 2000.

“In the mid-2000s, despite sharp hikes in mortgage rates, house prices did not fall because there was a period of housing re-rating as an asset class. Another re-rating is unlikely to be available in this current cycle,” say Swanepoel and Nguyen

Jarden’s blended house price analysis shows house prices sitting at $746,192 by the end of December next year, down 6% on the $792,574 forecast for the end of this year.

“This price point is about 10% overbought from a new homeowner’s perspective and 16% from an investor standpoint,” say the analysts.

“New housing supply shortages will continue to ease from 2023 but remain elevated for many years.”

Swanepoel and Nguyen anticipate a sharp pullback in volumes next year and 2023, although moderated by the existing momentum and Government interventions to improve the market undersupply.

Their analysis shows house builds will continue at the top quartile for the next two years before drifting toward mid-cycle by the mid-2020s and then into third quartile by the early 2030s.