Growth in house prices is starting to fall but at a snail’s pace. 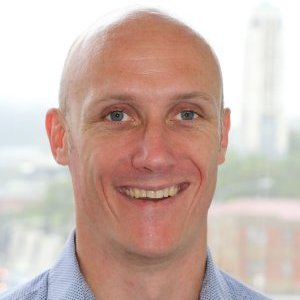 CoreLogic’s House Price Index (HPI), says house prices rose by just 1.8% over June, slightly down from 2.2% in May.

Research head Nick Goodall says this is evidence of a gentle drop in market momentum.

However, the continued growth in the market, albeit at a slower rate, has taken the average property value across the country above $900,000 for the first time.

Meanwhile the total value of all residential property in New Zealand has now streaked past the $1.5 trillion mark for the first time.

The rate of growth last month slowed in 12 of New Zealand’s 18 largest markets, with a further three recording a drop in values over the month.

“In Gisborne, where values increased 35% in the past 12 months, there was a surprising change of direction with a fall in value of -0.9% over June.”

Goodall says the exceptional growth displayed during the past year was not sustainable, particularly with increased deposit requirements, market uncertainty driven by Government regulation and the prospect of higher interest rates.

“Longer term rates are already ticking up and given average household mortgages are at record levels even a small increase in mortgage rates could have a significant impact.”

While many borrowers may be concerned about increasing rises in interest rates, the ASB says most mortgage holders should be able to handle higher repayments.

However, new investors could face a household squeeze if the bank’s figures are correct. It says debt servicing costs could rise above 50% of disposable income for some if mortgage rates really shot up.

Nearly 80% of all mortgages are on terms of less than a year and few are fixing long-term, which most banks are urging investors to do. ASB and Westpac are also predicting lower house prices as mortgage interest rates rise.

Goodall says the turnaround in house price growth last month should not be too much of a surprise, though the timing of it certainly is.

Both New Plymouth (-0.3%) and Napier (-0.1%) had minor drops in property values in June, but in both cases the strength of recent growth means the quarterly rates still exceed 7%.

At the other end of the spectrum both Nelson and Invercargill had increases in their monthly rate of growth, at 2.1% and 1.6% respectively, showing not all markets have lost momentum.

While in Palmerston North, further growth of 3% in June has taken the annual growth rate to 38.6% and an average property value of more than $700,000 for the first time.

Nationally average property values have increased 22.8% for the 12 months to June, says Goodall.

“These milestones will not necessarily be welcomed by all, but the tentative signs of change may provide some hope for the Government, which is under pressure to tilt the market in favour of new market entrants.

“The recent agreement to add debt-to-income (DTI) controls to the Reserve Bank’s macro-prudential toolkit adds another element of uncertainty for the market.

“This is particularly true for investors, for whom any restrictions will likely be tighter, further limiting their activity in the market.”

CoreLogic’s bank valuation activity shows demand for residential property has and will continue to reduce. But persistent low levels of new listings is likely to limit any significant drops in value.

“If the recent signs of weakness persist throughout the rest of the year however, alongside what would be a seasonal uplift in spring listings, we may finally start to see the imbalance of demand consistently outstripping supply addressed,” says Goodall.