Twists and turns in housing market 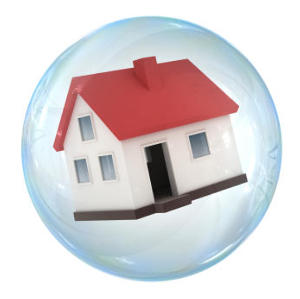 At most, it has slowed from its previous white-hot pace back to red-hot, says Westpac acting chief economist Michael Gordon.

The REINZ House Price Index rose by just under 2% in seasonally adjusted terms, to be at 26.8% on the same time last year.

That’s a modest slowdown from the 3% plus gains recorded in some recent months, but still unusually strong.

“Government and Reserve Bank measures have a lot of work to do to combat the appeal of record-low mortgage rates.”

While the Government has tweaked the Reserve Bank’s Monetary Policy Remit to discourage investors from buying pre-existing homes, Finance Minister Grant Robertson is also establishing a new framework for deciding what type of lending the Reserve Bank is permitted to restrict.

Until now, there has been no formal oversight of what tools the Reserve Bank can use other than the bank governor and finance minister signing a memorandum of understanding over what lending restrictions the bank can use.

Gordon says the devil will be in the details of how prescriptive this process will be. And whether there are any tensions between what types of lending the Government would like to see restricted (and what not) – relative to the Reserve Bank’s assessment of where it sees the financial stability risks as being greatest.

“And of course, when it comes to assessing the risks, the housing outlook is up in the air in the wake of the Government’s changes to the bright-line test and mortgage interest tax deductibility to discourage residential property investors.”

He expects the Reserve Bank to still be unsure about the impacts on house prices and financial stability.

“The changes are likely to sound the death knell for continued unbridled capital gains and further stretch in house prices relative to incomes and rents.

“But there is also the risk that the tax changes are a little too effective, so the Reserve Bank wants to take the time to see what happens – and has no new tools to use yet anyway,” says Gordon.

Impact not evident yet

Independent economist Tony Alexander says the Government’s housing policy changes appear to be starting to have an impact.

“Such developments cannot be gauged definitively yet.

“In fact, it may be a long time before the true impact becomes clear given the four-year phase-in period for mortgage interest tax deductibility change.”

Alexander says of significance may be the drop in the gross proportion of real estate agents saying they are seeing FOMO (fear of missing out) on the part of buyers dropping to 49% from levels above 90% over November to February, 90% in March, and 76% last month.

However, some agents say they are seeing a fear of paying too much for a property emerging.

A net 63% of agents also say that they are seeing fewer investors in the market. Open home attendance alongside that for auction attendance move closely together.

“Buyers are voting with their feet by easing back from their property searches amidst considerable uncertainty about the final details of the new housing policies and further measures indicated to come in the Budget next week.”

“History tells us that when the residential real estate market is at its strongest there is high attendance at auctions, not just because a large number of people may wish to bid, but because people are eagerly seeking information on where market pricing in their area is sitting.

“This applies not just to buyers but to vendors wishing to sell and not wanting to under-price their property,” says Alexander.

But........but It is not yet June-July When the time comes for vendors to put their house/s on the market, there will be less buyers than sellers. As I have put to print previously, it is then that the impact will be felt. Bubbles are made for bursting. A phenomenon that has happened forever in the past, and there is NO reason for it to change going forward. The trick is to find someone who will tell you the moment of any bubble-burst I have put my prediction in print in this, and other forums. However, there is going to continue to be those who will attempt to over-rule the existence of any phenomenon as they "push their barrow?" Urgency should be put on eliminating a major culprit in the false over-pricing of property, where we see 100% of participants pushing the prices higher (amongst the other participants) by up to 37% (on average) higher than they should be. AUCTIONS Time shall prove everything.....and the clock has most certainly been ticking for a while, so do not claim that you were not warned of even a possibility.