Tighter loan-to-value ratio (LVR) rules have already had a significant dampening on investors.

Lending to investors has taken a dive, even before the impacts of the Government’s extension of the bright-line test and tax policy changes start to filter through.

CoreLogic senior property economist Kelvin Davidson says the tighter LVR rules from March 1 – and effectively before that because of banks’ own actions – have significantly curtailed the low-deposit investor flows.

“Banks had already moved well ahead of the official date for tighter LVRs, and went further, requiring a 40% deposit before the Reserve Bank’s date of May 1 for higher investor deposits kicked in. As a result, high LVR lending to investors has quickly returned to less than the mandated speed.” 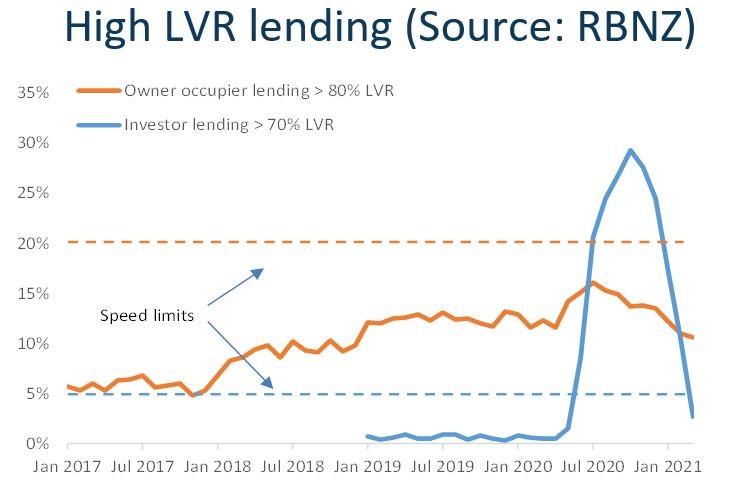 As property sales volumes were high in March, Davidson says it is no surprise mortgage lenders had another bumper month.

Reserve Bank (RBNZ) figures show lending flows of $10.5 billion in March, up by $4.3 billion from a year ago – although lending in March last year was affected by the first week of the alert level four lockdown.

Interest-only lending activity is still relatively high for investors, at about 42% of new loans in March and 39% of the outstanding stock, while investors with a fixed rate mortgage of one year or less account for 19% of loans.

Davidson says the possibility of further curbs on investor demand, such as interest-only lending caps and/or debt to income restrictions, will be known later this month when the RBNZ gives its analysis to the Government.

The Government will then need to approve any new tools and there will also be a consultation phase before the RBNZ makes any changes.

“Regardless of how long all of that might take, the tighter investor/tax rules already announced suggest the RBNZ may well be happier to take a ‘wait and see’ approach before taking even more action.”