Rent controls not the answer

Pressure to introduce rent controls is growing, but all it will lead to is fewer rental homes on the market, the New Zealand Initiative concludes. 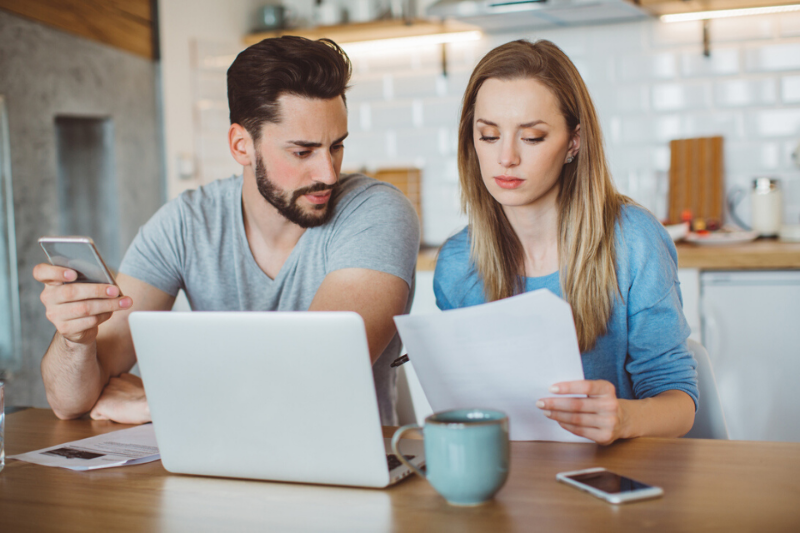 Thinktank, the New Zealand Initiative has produced a paper concluding rent controls will only exacerbate problems in the rental market and are a recurring policy mistake.

Over the past two decades, real house price growth in New Zealand has been among the highest in the OECD.

New Zealanders spend significant proportions of their disposable income on housing costs. It is therefore no surprise that the issue of housing affordability attracts the interest of policymakers.

Green Party MP Chlöe Swarbrick says rent controls should be considered to keep rents in check, and Finance Minister Grant Robertson is not ruling them out.

In fact, in 2013 when vying for the Labour Party leadership Robertson proposed introducing rent controls, noting that if elected leader he would introduce a private member’s bill to stabilise rents in Christchurch.

However, the paper says when there are fewer places to rent available at the going price than there are people who wish to rent properties at that price, and prices cannot adjust, some mechanism other than prices has to ration scarce rental spaces among competing potential tenants.

If there are already concerns that landlords prefer tenants who they see as being less risky, with potentially discriminatory consequences, rent controls will worsen an already bad situation.

Why avoid rent controls
Rent controls come in various forms. They can cap the rent charged or, more commonly, rent increases during a tenancy.

To be effective, they are usually paired with restrictions on eviction.

Unlike other forms of price ceilings, where resulting queues work on a first-come-first-served basis, rent controls favour sitting tenants with rents below market rates on rent-controlled units.

The problem may be compounded if new supply of rental accommodation is reduced.

Developers may be less inclined to build new housing, even when new buildings are not subject to existing regulation, as the possibility of future profit-curbing legislation makes building new residences less appealing.

As early as 1946, Milton Friedman and George J. Stigler argued that capping rents would lead landlords to sell their rental properties to owner occupants so that they could still earn the market price for their asset.

But in well-functioning rental markets, not all renters want to be owner-occupiers.

Rent controls can also reduce the quality of rental accommodation. Landlords unable to recoup costs by raising rents may not invest in maintenance.

A mismatch between tenants and rental accommodation as well as reduced mobility can also result from rent controls.

Tenants who have been able to secure rent-controlled accommodation may not want to move in the future, even if their housing needs change, since they would have to give up their rent control and potentially pay more.

As a result, families may end up living in small apartments while empty nesters live in large homes they do not need and people do not move to take up better employment opportunities.

Two studies of US cities, in particular, highlight the high costs of rent controls.

Case studies
The first looked at San Francisco, which introduced rent controls in 1979 on all buildings with five or more apartments and consisted of regulated rent increases within a tenancy, linked to inflation.

Similar properties built since 1980 were treated differently, forming the basis of a control group for the study.

The study found that the beneficiaries of rent control were significantly less mobile than their control group counterparts.

The former were 19% less likely to have moved to a new address five to 10 years after the rent control changes.

Further, the impact on the likelihood of those covered by rent controls leaving San Francisco altogether was similar.

In addition, landlords affected by rent control reduced the supply of rental accommodation by 15%, likely driving up market rents in the long run.

The second US study was in Cambridge, Massachusetts, where stringent rent controls were unexpectedly eliminated in 1995.

These had been in place for about 25 years and covered all rental units built prior to 1969, with caps on rent increases and restrictions on removing rental accommodation from the market.

Just before rent controls were eliminated, rent-controlled accommodation rented for around 40% below the price of nearby non-controlled properties.

Removing rent control boosted Cambridge’s property values by $2 billion between 1994 and 2004. However, only $300 million of this was accounted for by the direct effect of decontrol on formerly controlled units.

In short, rent-controlled properties create substantial negatives on the nearby housing market.

A Swedish study, for example, examined the distributional effects of rent control using a dataset that included the characteristics of those who received rental apartments between 2011 and 2016 in central Stockholm, allocated through a centrally managed queue.

However, they appear to be struggling with proper problem identification, which means policy interventions may not meet their objectives.

That was despite the border being closed and net migration having been close to zero for many months.

With the new housing package, the Government’s attention is on what it terms property “speculators” who they also believe are driving up house prices and limiting the ability of first home buyers to enter the housing market.

In this context, a “speculator” is anyone who voluntarily invests their capital to provide rental services to a willing buyer in a mutually beneficial trade.

However, most economists highlight supply constraints as the major concern.

For example, the Resource Management Act, urban planning rules, and the incentives faced by local councils constrain supply and increase the time and cost of housing development.

New Zealand also has stringent restrictions on foreign direct investment, which limits construction. On top of this, accommodative monetary policy in response to Covid-19 has further fuelled housing demand.

Any move to introduce rent controls will have complications.

Data from the 2008 Survey of Family, Income and Employment (SoFIE) previously looked at precisely this question.

Based on individuals’ incomes, assets and liabilities, interest rates, the region in which they lived and house prices in those regions, only 31% of those renting could afford to service a mortgage on a lower-quartile priced house without payments exceeding 30% of their gross income.

Of course, since these people were observed renting, despite apparently being able to afford to purchase a house, it is reasonable to assume that they preferred to rent.

Since then, interest rates have fallen, increasing affordability; on the other hand, house prices are much higher, having the opposite effect.

It seems unlikely that enough renters would be induced to buy their own homes to avoid increasing rents.

Conclusions
The paper concluded the Government’s new housing package was no doubt devised with good intentions.

However, by focusing on measures to dampen housing demand, particularly from those who provide rental accommodation services, rather than the key drivers of inadequate housing supply, it is likely to have little effect on housing affordability in the long run.

Nevertheless, it will have unintended but obvious consequences.

This increases the risk of further policy intervention, particularly with rent controls – an intervention that almost all economists reject.

If rent controls are in the future, expect even greater shortages of rental accommodation as supply is cut back – and what is on offer may be of lower quality.

Mobility will fall – as will the amenity value of neighbourhoods and cities.

On top of that, rent-controlled accommodation may not go to those who need it the most.

High rents and poor experiences for renters are a consequence of shortages of rental properties.

Expanding the potential supply of rental properties so that landlords face stronger competition for tenants would alleviate the housing shortage and facilitate better functioning rental markets.

Ok ok ok The government has wasted approximately half a billion (yes with a "B") dollars, housing people into motels in the last year. Has anyone bothered to calculate how many homes (yes they could be "state" homes even)that half billion could have built All the compliance and over-regulation is 'killing' this country Builders & tradeies spend literally days every month working on compliance. Oh, have you taken note of someone bigger than me finally succumbing to announcing a pending big "bubble burst" set to hit NZ house prices. Remember I put my date prediction into writing (as June/july) at the beginning of this year on this forum I prefer to do this sort of thing well in advance, as followers of my "chats" over the years will confirm. I do not tend to follow the heard Sadly, my prediction will now create havoc for thousands of kiwi house investors as the "herd" rushes like an opposing tide, and become sellers in a market that is going to be tough....especially as interest rates rise....oh gosh, that won't happen will it? Entering the "sellers" market now may appear at first to be a bit premature, however, the wise will take that option as we head into the unthinkable,,,,falling house prices......for maybe at least a decade...or more. Can you believe it. I can Time will tell Michael Donovan

uh oh It may be that no-one reads my views, or if they do, they are as equally a bad speller as I am??? I wrote the word "heard" instead of "herd". Oh, and just to tidy up some "housework".....what is just one reason why I chose (way back a few months) the timing of June-July for the house-bubble burst??? Something to do with the "conveniently re-scheduled" Davos talks from January forward to June .....because imagine how their reasoning would have been scoffed at with one of their topics....global warming (climate change). Just imagine the heckling as attendees looked out the conference windows at Davos in January.....huge snow drifts do not convince people so easily of global warming?! And they will be continuing with their "psychological methods" of trying to convince attendees of one huge fatal mistake, being that global warming is man-made, and not anything to do with natural cycles. By conditioning any of us that it is due to man-made reasons, then naturally, it makes it much easier to do the job of planet-cleaning than just telling us to clean up our planet? Which by the way, I am totally in favour of in case you mis-read me?? And boy, is it creating new industries, EV's, banishment of cows & cars "farting". But one biggy I am actually really in favour of, plastc-bag banishing. However, it appears I may be digressing a little.....or am I Virtually all readers must surely now be aware of the "Great Re-set." That phenomenon, along with a wee rise in interest rates is enough to absorn and accept for now. Oh....Davos is in Switzerland.

Once people move into a rent-controlled place, they are incentivised to never move out, because it is so cheap. A family may move into a large rent-controlled property. Over the years the kids grow up and leave, the husband dies. But the widow stays on alone in the property that is now far larger than what she needs, she stays on because it is cheap. In doing so she denies that property to another family who actually need the space. Rent control doesn’t work. It doesn’t help the poor. It helps the middle class. There is some evidence that those living in rent-controlled flats in New York tend to have higher median incomes than those who rent market-rate apartments. Overseas experience shows that stringent enforcement of rent control results in largely adverse outcomes such as undersupply, long waiting lists for tenancies, black market activity, little maintenance of rental properties, urban decay, and sometimes even eventual abandonment of such buildings.