Exemplary damages of $600 have been awarded against a landlord who tried to evict tenants after a row over ceiling insulation and other property repairs. 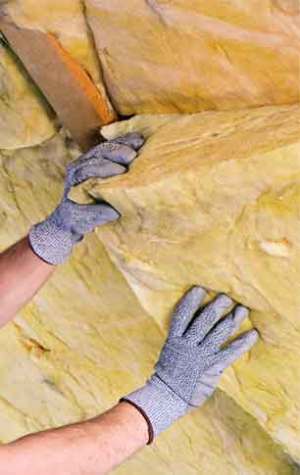 The Tenancy Tribunal found the tenancy termination notice was retaliatory when it was given to the tenants six days after they issued the landlord with a 14-day notice to fix the ceiling insulation and raised other issues.

No reason was given by the landlord Krishna Rani Saha for the 90-day tenancy termination.

The tribunal says there is significant public interest in ensuring tenants are able to exercise their rights in raising legitimate complaints and are not faced with the possibility of their tenancy being terminated.

The tenancy began on October 15, 2015. In July 2020, the tribunal issued orders in proceedings brought on behalf of 35 tenants by the Ministry of Business, Innovation and Employment (MBIE) against Saha. The tenants in this action were part of the MBIE proceedings.

In those proceedings Saha accepted she was in breach of her obligations to maintain the premises to the required standard.

Last year, and as a result of the impact of Covid-19, the tenants’ rent fell into arrears and they agreed to make additional weekly payments to pay off the debt.

After a property inspection on August 29, 2020, the tenants and Saha agreed and signed a list of works to be completed by the landlord before any increase in rent. Saha decided to increase the rent from $450 a week to $475 a week starting from November 5, 2020.

When the arrears were repaid in early December 2020, the tenants continued to pay the weekly rent of $450 per week. The tenants claimed Saha had not completed the list of works and so could not raise the rent.

On February 2 this year, Saha issued the tenants with a 14-day notice saying the rent was in arrears by $135 and the weekly rent of $470 needed to be paid along with the arrears.

On the same day, the tenants issued Saha with a 14-day notice saying the ceiling was not fully insulated as required. And raised other issues relating to outstanding repairs, including carpet and moisture levels in the property.

Six days later Saha issued a 90-day termination notice. No reason for the termination was stated in the notice.

Two days after that on February 10, Saha emailed the tenants with a response to the maintenance issues the tenants had raised in the 14-day notice.

In mid to late February, Saha arranged for some repairs to be carried out, including to the windows at the property and for further insulation to be installed in the ceiling.

The tenants, however, claimed Saha‘s notice was retaliatory and in response to them exercising their rights to have the property maintained and their refusal to pay increased rent while repairs were outstanding.

They also told the tribunal Saha blamed them for MBIE bringing the joint action against her and she had failed to act promptly when they had raised issues. They had also offered to fix things themselves.

Since the termination notice had been issued, the tenants say it has been stressful trying to find other accommodation.

Saha denied that the termination notice was retaliatory. She said her son had bought the property in mid-2020 but she remained the agent/landlord.

Her son says at the time of purchase he had obtained a building inspection report showing repair works were required to the house piles. Notice of termination was given to the tenants as the law allowing “no-grounds” terminations was about to end and it was easier to give notice before the law changed.

In issuing the 14-day notice the tribunal found the tenants were exercising their right to require the property be maintained to an appropriate standard.

“The fact Saha carried out additional works after the notice, such as the planing of ‘stuck’ windows, indicates the tenants were raising a legitimate complaint.”

At the hearing, the landlord and owner told the tribunal repair works needed to be carried out to the piles.

The tribunal found that reason inconsistent with the wider facts. For example, Saha did not produce a copy of the building report or any other information indicating any urgent need for such repairs at the time of the notice or to indicate any action had been taken to arrange repairs.

The adjudicator found it difficult to escape the conclusion the landlord was motivated, at least in part, by the exercise of the tenants’ rights. The termination was found to have met the statutory definition of a retaliatory notice for which exemplary damages could be awarded.