News > News > Rates could be on hold for four years

Rates could be on hold for four years

The Government's housing reforms will cause a fall in the housing market that could delay official cash rate hikes until 2025, according to Westpac economists. 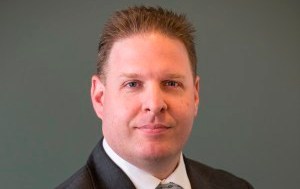 The bank had previously tipped a 20% year on year increase in house prices through 2021, but has dramatically revised its position after the Government's clampdown on investors.

Following the investor reforms, the bank expects house prices to "flatten off over the rest of this year, with a gradual decline in the following years as longer-term interest rates rise. This has implications for spending, activity and inflation, and will further delay the timing of OCR hikes."

The team said low mortgage rates would help first home buyers remain in the market for now, meaning there wouldn't be a "substantial fall".

The "sizeable downgrade" for the housing market has implications for the bank's economic forecasts. It expects household spending to recover more gradually than previously expected.

Westpac's team, led by Michael Gordon, predict no movement on the central bank rate for the next four years.

"The downgrade to our activity outlook means we expect it will take even longer for the Reserve Bank to achieve its inflation and employment goals on a sustained basis. We previously had no OCR hikes until early 2024; we have now pushed that out to early 2025."

The forecasters predict that long-term rates will begin to rise before then, "pulled higher by global forces", but believe holding the OCR close to zero will "stem the tide".

Westpac expects the Reserve Bank to stress its "up or down" guidance for interest rates as it publishes its latest Monetary Policy Review tomorrow.