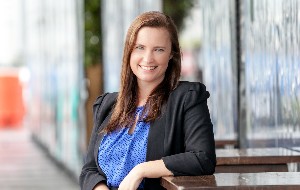 The New Zealand economy is faring better than expected despite the second lockdown in Auckland, according to ASB economists.

The big four bank has revised its growth and unemployment predictions in its latest quarterly outlook, and believes NZ will avoid a worst-case scenario.

ASB is encouraged by the "remarkable resilience of the NZ economy" since the pandemic hit.

"Back in May, we were bracing ourselves for a recession double the size of that seen in the 2008/09 global financial crisis, and still found ourselves at the more optimistic range of economic forecasters.

"Subsequently, we have found ourselves nudging our GDP forecasts higher – we now expect the economy to shrink around 5% when comparing the end of 2020 with the end of 2019, vs a 6% decline we had previously forecast. Furthermore, we see some risk of further upward revisions over coming weeks."

The bank expects the housing market to fall by just 3%, down from an earlier forecast of 6%.

While the economic outlook is not as bad as first feared, the Reserve Bank is still expected to take bold action on interest rates.

ASB analysts, along with economists at the other big four lenders, expect the Reserve Bank to slash the official cash rate to zero and introduce a direct lending facility with the banks to push down rates.

Reserve Bank governor Adrian Orr has expressed a desire to lower interest rates to help households through the crisis.

While most economists predict the OCR will go below zero, Kiwibank's Jarrod Kerr remains unconvinced the move would help.

Kerr and team believe the economic damage does not warrant a drastic central bank rate cut.

"The economy is simply not in a bad enough place to justify the risky experiment that is negative rates. The distortions thrown up by negative rates more than offset the stimulatory benefit."

Nonetheless, Kerr and co predict a cut is on the way, with February "just as likely, if not more likely, than April".