Covid-19 and the closure of Tiwai Point might pose some challenges for Invercargill but the southern city’s market still has a lot to offer investors, writes Miriam Bell 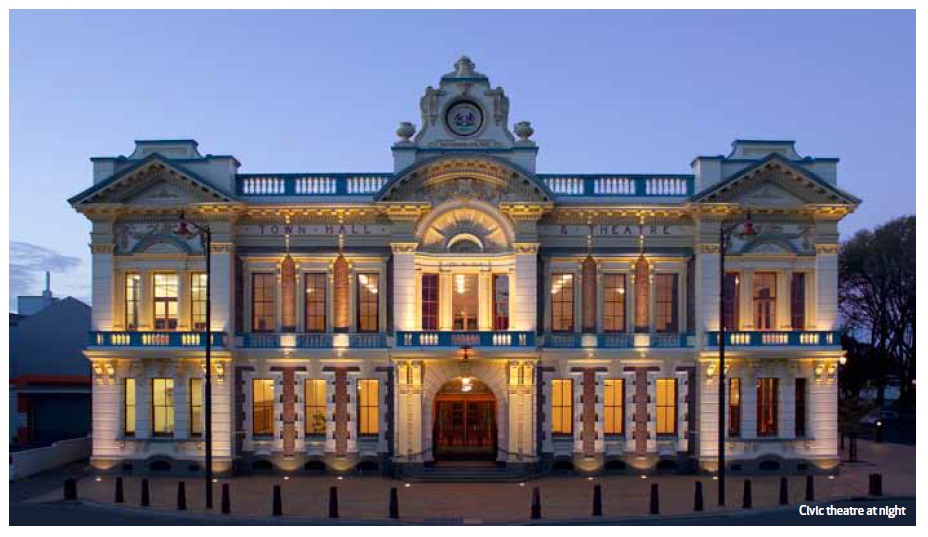 It may be one of New Zealand’s smaller cities, but that hasn’t stopped Invercargill’s housing market from being a top performer in recent years. Sure, the city’s house prices have not hit the highs that those in other areas have. Nor has its rate of growth belted along at the pace of others’ markets.

But Invercargill’s still affordable prices have seen very healthy growth, its yields have remained strong and its rental market has only got tighter. That has made it an increasingly attractive market for investors. In fact, heading into lockdown it was one of the markets to watch.

Post-lockdown, little had changed for Invercargill. It was thought the city’s market should fare relatively well during the Covid-19 prompted recession. That’s because it has a reasonably diverse economy and no major reliance on tourism, which is likely to protect it, CoreLogic’s senior property economist Kelvin Davidson says.

However, the region’s heavy reliance on the Tiwai Point Aluminium Smelter (which generates 6.5% of regional GDP) has always provided a reason for caution. And, at the time of writing, Invercargill has just been rocked by the news that the Tiwai Point smelter is going to be closed down.

Word is that the closure will result in the direct loss of 1,000 jobs and a further 1,600 indirect job losses. In a city the size of Invercargill (56,200 as at June 2018), that will have an economic impact. The question is just how big an impact it might be and what, by extension, that might mean for the housing market.

Well-established Invercargill investor Nick Irons says there’s no doubt the smelter’s closure is a shock and will slow the economy a bit – but it shouldn’t be the sole basis for people’s outlook, particularly over the long-term. Economically, Invercargill does have other things going on, he points out.

First up, there’s Southland’s agricultural, dairy and commercial fishing industries, along with the services that support them. Invercargill is the commercial hub of the region, so those industries are significant economic drivers. Then there’s the Southern Institute of Technology (S.I.T): while it may be facing the short-term challenge posed by a lack of international students, its long-term prospects are solid.

There’s also the $180 million-plus redevelopment of Invercargill’s inner city, which is now underway. An entire block is being demolished and a new retail and office development is being built to replace it over the next three to five years. Alongside this, Invercargill City Council is spending $149 million on sewer, stormwater, water pipe network, roading and footpath development and upgrades over the next 10 years.

And, since Tiwai Point’s closure was announced, both Invercargill Mayor Tim Shadbolt and the Southland economic development agency head, Graham Budd, say they have been inundated with a flood of alternative proposals.

There’s also been talk of further developing the Awarua Satellite Grounding Station, which is close to Invercargill. It already works with major players in the space industry, including the French Space Agency and New Zealand’s own RocketLab.

At this stage, post-Tiwai Point alternatives and space industry growth talk are not definite projects, but they suggest that all will not be lost when the smelter closes. More practically, Irons says there will be a massive clean up of the area occupied by the smelter as Rio Tinto have to return it to its original state.

“That will take some time and create work in itself. Developments like the inner city rebuild are going forward, the agricultural industry will keep ticking along. That stability will, hopefully, serve Invercargill well.”

Despite the economic uncertainties generated by Covid-19 and the looming closure of Tiwai Point, Invercargill’s housing market seems well-placed to weather the storm. That’s because it has some noticeable strengths at play going forward.

One of these is solid market activity pre- and post-lockdown. REINZ chief executive Bindi Norwell says it is necessary to be cautious when interpreting Invercargill’s recent sales data, but it is interesting to look at the price trends. Median house prices for Invercargill City increased by 22% year-on-year in May and by 24.3% year-on-year in June, leaving the median price at $348,000.

“This indicates strong growth in the area, particularly as we see a significant decrease in the number of homes sold for less than $200,000 and movement to the upper end with sales in the $400,000+ bracket more than doubling in the last two years (from 11% of all sales to 26%).

“We are hearing that good properties aren’t staying on the market for long with some potential purchasers missing out on multi-offer properties. There’s a push for auctions to level the playing field and generate competition, therefore, getting the best price for the vendors.”

Norwell says it will take some months to understand the full impact of Covid-19 on price as the market finds its new normal. “The Invercargill City Centre redevelopment plan will be a great step in revitalising the city, bringing more jobs to the local area and, therefore, increased demand for quality housing.”

Prices in Invercargill may have gone up, but they remain affordable when compared to the rest of the country. Southland Property Investors’ Association president Irene Leonard says that’s one of the big attractions of the market for investors.

“There have long been lower prices here than elsewhere, and there still is. So people can get good returns on their investments. People can afford to buy a house in Invercargill, build up the equity and live somewhere else. Quite a few out-of-towners do that.”

That broad interest in the market means that prices are, to date, holding up well, she says. “Properties are selling well and the market is tight. It’s come back up on what it was prior to lockdown. It comes down to a lack of supply and the ongoing demand.”

Another positive of the Invercargill market is the attractive returns it continues to offer. While the recent growth in prices means there has been a slight decline in yields, they still look enticing compared to those in other cities.

Both Leonard and Irons cite yields as sitting at round seven to eight per cent. They can be variable though, with a difference between the North and South side of the city. Property Scouts Invercargill’s Rebecca Harris says yields are about seven per cent, maybe eight per cent, in the South, but to the North, you’re looking at around five to six per cent gross yield.

It’s generally agreed that the rental market itself is buoyant with a shortage of properties – and that’s made for strong growth in rents of late. Trade Me Property has the city’s median weekly rent rising by six per cent year-on-year to reach a new record of $355 in May.

While the growth in rent is expected to slow down, the shortage of rental properties is not expected to ease much. Harris says the market is particularly tight in the mid-$300 range and it’s that range which investors should aim for.

“Anything under $400 is sought after, so a good, solid, warm house in the mid-$300 range - that’s the golden part of the market. It has the biggest tenant pool. Anything in that section of the market will go well. But the $400 and up range that’s much slower.”

For Auckland-based investor Steven Cox, it’s not just the small number of available rentals that appeals. “The tenant pool is very strong, which gives investors like me a great deal of confidence about having little down time between tenancies.”

It’s worth noting there are some niche markets. One is students, thanks to S.I.T, while another is medical professionals who come to work at Southland Hospital for periods of time. In the near future, another could be construction workers arriving for the inner city rebuild, Cox suggests. “With about 500 to 600 jobs annually predicted for the rebuild and many of those people looking to rent, it may be a lucrative area to target.”

Not so long ago, there used to be quite a pronounced North/South divide between Invercargill’s suburbs. But Leonard, Irons and Harris all say that has now changed, due to the shortage of properties.

Certainly, disparity between areas is not reflected in rents in the way it used to, Harris says. “A good, nice, warm house in most areas of Invercargill will be just as important as the location. Because the market is tighter there is now less focus on the area, more on the house itself.”

However, Cox says if investors want nicer properties that will attract better quality tenants, then the best options are areas like Windsor, Waverly, Rosedale and Gladstone on the North side.

“They generally come with a higher purchase price and a lower yield. Whereas if you head to areas like Appleby, Newfield, Rockdale, Kingswell in the South you will find cheaper prices and high yields.  But the trade-off is less desirable tenants and a higher turnover.”

While Cox believes the Invercargill market still has lots of untapped potential for investors to renovate older stock to add value and boost returns, Irons thinks such deals have become harder to find and investors won’t make as much money off them as used to be possible.

“If you are wanting to add value you need to do something big to get the growth you want or something smaller and accept that it won’t get massive gains. The days when you could do a relatively low-cost cosmetic reno and get a massive gain have gone.”

Going forward, investors looking to buy in Invercargill are advised to visit the city, talk to local agents, contact the SPIA for assistance, and do comprehensive research. By doing so, they’ll get a good understanding of the market and isolate better opportunities, our experts say.

And one final tip: investors should never under-estimate the value of a warm, dry rental property in the world’s southernmost market – which, despite some headwinds, is expected to keep ticking along solidly.