The Government’s controversial tenancy law reform proposals look set to hit Parliament today, but opponents say it would be a big mistake for MPs to pass them into law. 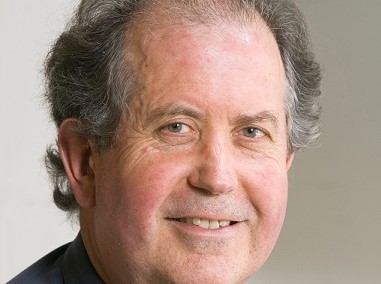 The Residential Tenancies Amendment Bill, which contains the biggest changes to tenancy law since 1986, is on the agenda for Parliament today.

But property professionals and landlord advocates are continuing to – vehemently – express their opposition to the proposed law changes.

Stop the War on Tenancies spokesperson Mike Butler says that all MPs should vote against the flawed amendments proposed as the consequences of the Bill passing are extreme.

He says the consequence of extending allowable rent arrears from 21 days to 60 days means debts by tenants would become larger, and would take longer and become more difficult to resolve.

At the same time, allowing two instances of anti-social behaviour every 90 days means that noisy, disruptive behaviour becomes much more difficult to manage, creating a problem for owners and neighbours, he says.

“While ending an owner’s contractual right to end a tenancy would make renting impossible for tens of thousands of marginal tenants.

“And it could lock owners into problems that they could only end by selling or moving into a property, or by doing a revamp that requires a vacant property.”

Butler says the proposed reforms would make renting much more difficult for both owners and tenants at a time when tens of thousands are looking for a home.

“If this government does not want 290,000 private owners providing 540,000 rental properties it should say so. If the government gets rid of private landlords, it will have to build half a million rentals.”

For NZ Property Investors Federation executive officer Sharon Cullwick, the proposed reforms mean that anti-social tenants' bad behaviour will be protected at the cost of their poor, suffering neighbours.

“The RTA changes mean that landlords have to provide a reason why they are ending a tenancy,” she says. “This reason would be based on evidence provided by the neighbours thereby putting the anti-social tenants' neighbours at risk.

“It allows tenants to undertake mild anti-social behaviour as of right. Landlords can only give anti-social tenants three months' notice to end a tenancy if the tenant commits three serious anti-social acts over a three-month period.”

Cullwick adds that while the issue has not yet reached public awareness, it is a situation that could affect anyone living next door to an anti-social tenant, either now or in the future.

Meanwhile, a senior solicitor at Morrison Kent, Evan Whetton, has backed up landlord advocates’ concerns over the reforms, saying there has been a big shift in favour of tenants under the proposed legislation.

Termination by 90 days' notice without having to provide reasons “has provided an important safeguard for small landlords to bring a consistently problematic tenancy to an end”, he says.

“It would be hard for many landlords to give three notices within a 90-day period about a tenant's anti-social behaviour.

"This is a significant obligation which may be difficult for landlords due to strict timeframes, a lack of resources, or fear of potential repercussions either on themselves, their property or on neighbours."

Landlord advocates are urging people who are concerned about the proposed reforms to email and call Labour, NZ First and Greens MPs before 2pm today, which is when the Parliamentary session kicks off.

If the Government are looking to reduce the number of homeless people in motels they should look at the damage they are doing to the rental fraternity this continued attack on Landlords who are many mum and dad investors is half the problem, the more pressure the higher the rent goes to make it worth while.