Many landlords are concerned the Tenancy Tribunal tends to favour tenants but one recent decision shows that’s not always the case. 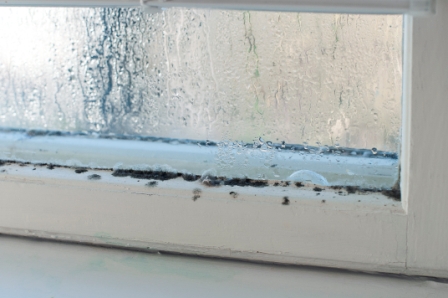 Two Dunedin tenants who wanted a reduction in the term of their fixed-term tenancy and compensation due to mould and damp issues have had their application turned down by the Tribunal.

Ethan Smith and Charlotte Owen alleged they were unable to use the bedroom in their rental property due to mould and dampness which was caused by a blocked gutter.

They also alleged that the toilet frequently blocked and had once overflowed into the bedroom.

This prompted Smith and Owen to apply to the Tribunal to have their fixed-term tenancy agreement reduced and for compensation of $4,950 for 15 weeks rent over the time they were unable to use the bedroom.

In the ruling, Tribunal adjudicator J Wilson said that breaching these obligations is an unlawful act, but that to reduce a fixed term tenancy there has to be an unforeseen change in the tenants’ circumstances that makes for severe hardship to the applicant if the term is not reduced.

That means the applicant is required to establish the claim to the civil law standard of proof, on the balance of probabilities.

But the tenants’ case did not satisfy Wilson “that it is more likely than not that the premises were not provided and maintained in a reasonable state of cleanliness or repair”.

The father of one tenant presented his belief that water from the blocked guttering had seeped through the outside wall and into the internal wall cavity.

Wilson said that it is possible this was the case given the evidence of the witness.

“But there is no objective compelling evidence to support that the mould in the bedroom was due solely to the blocked guttering, as opposed to lack of ventilation by the tenants.”

Wilson also accepted the landlord, Zotius Property Management’s, evidence in the form of the report from the plumber about the number of visits to unblock the toilet and the reason for the blockages.

That led Wilson to find the landlord had not committed an unlawful act.

Further, the tenants confirmed that while the premises were being cleaned and the carpets dried they were accommodated in another property nearby and have since returned to the property. They were not required to pay any extra rent.

For these reasons, the Tribunal dismissed the tenants’ applications for a reduction in the term of their tenancy agreement and for compensation.