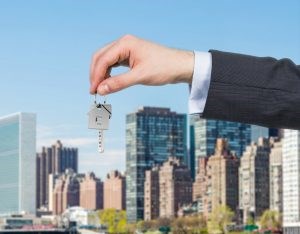 That’s according to a new Colliers International survey* on landlord and tenant sentiment about commercial property in the wake of the Covid-19.

Colliers associate director of research Ian Little says about half the survey’s respondents believe economic conditions will stabilise within a year.

“Many potential purchasers see the year ahead providing new opportunities with 58% of respondents indicating that they would like to make their next acquisition within the year.

“Creating some potential imbalance is that vendors are choosing to delay divestment until the second half of 2021.”

It seems that enthusiasm among purchasers has been boosted due to a belief that values could ease over the short term from the peaks apparent over the latter part of 2019.

Approximately 80% of respondents are picking a decline in values, Little says.

“But some may be disappointed as transactional evidence to date suggests that high-quality properties with premier tenant covenants remain in demand with limited shifts in pricing.”

Despite the comparatively upbeat expectations revealed in the survey, it also shows that the Covid-19 crisis will lead to some noteworthy changes to the sector.

One of those is the probable continuation of the rent relief that came into play during the lockdown.

According to the survey, some 80% of landlords and 55% of tenants confirmed that rental assistance packages had been agreed.

In April, 84% of respondents reported paying at least half of their rent and Colliers expects the May statistics to be similar, with 67% of landlords and 76% of tenants expecting rental payments to be the same as in April.

Little says the easing of lockdown restrictions and a move to level one could also assist as a greater proportion of tenants capturing higher cashflows would enable a resumption of full rental contract payments in the future.

“Smaller companies experiencing ongoing cashflow constraints that have been unable to negotiate what is a ‘fair and reasonable’ amount of rent and outgoings to pay, will now be able to access arbitration services via the government-subsidised scheme announced on 4 June.”

Another change could be a big increase in the number of office workers who make the move to permanently working from home.

Colliers’ director of partnerships, research and communications Chris Dibble says a majority of respondents would prefer a more flexible approach to working remotely, with 77% indicating they would like to work from home for one or two days per week.

“However, this may not necessarily translate into a reduction in office space with changes to hot-desking and appropriate floor space ratios potentially counterbalancing the situation.

“It was also interesting to note that 75% of occupiers indicated that they would retain the same footprint or increase it over the next 12 months.”

The survey also shows that the traditional office setting continues to offer many advantages, Dibble adds.

According to respondents, being able to collaborate with colleagues in person (34%), bumping into co-workers (13%) and the ability to have spontaneous meetings (12%) were rated as key benefits.

Another common view was that working from the office made it easier to separate work and home life balance (19%).

*The survey was conducted between 21 May and 4 June and drew on around 4,000 responses to create the results.