It’s impossible to ignore New Zealanders’ love for property as an investment – and this is highlighted by the holdings of our MPs, a majority of whom qualify as multiple property owners. 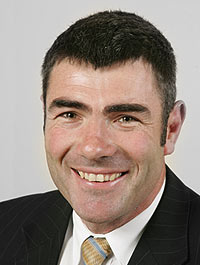 The 2020 register of MP’s pecuniary interests was released this week and it shows that of our 120 MPs, a total of 78 – including those with shares in blocks of Maori land – own, or have interests in, two or more properties.

That means that pretty close to two thirds of our elected representatives fit the working definition of a property investor.

Perhaps not surprisingly, more of those MPs with two or more properties hail from the National Party that any other party: there’s 38 National MPs in the investor list.

However, that total is down from last year when there were 43 National MPs on the list.

The Labour Party has 25 MPs who own two or more properties, but it also has three MPs with significant interests in blocks of Maori land.

That total is also down from last year when 32 Labour MPs made the investor list.

Of the other parties, five New Zealand First MPs own two or more properties and two Green MPs do.

When it comes to those MPs with the biggest holdings, again it’s still National MPs who dominate here. Just one Labour MP and one New Zealand First MP have interests in more than four properties.

The Labour MP is list MP Raymond Huo who owns one property outright but is a shareholder of a company which owns nine rental properties.

Hou and Jones aside, there are another 12 MPs who own or have interests in more than four properties and they are all National MPs.

Of these, Otaki MP Nathan Guy has, by far and away, the biggest portfolio: he owns nine residential properties and has interests in 20 commercial properties.

Taking a look at the MPs who tend to have the most to say on the topic of property-related issues doesn’t reveal a particularly different picture to last year.

Meanwhile, of the National Party MPs who tend to speak out on property-related issues all have portfolios of three or more properties.

Interestingly, there seems to have been some selling off of properties by MPs over the last year.

One example of this is National stalwart Amy Adams, who is set to retire at the next election. She now has six properties, down from seven last year.

Another is former National Party MP Jami Lee Ross, who is now an independent. He was a multiple property owner last year, but he now owns just one property.

It’s worth noting that there are also now more MPs in Parliament who have no property holdings. There’s seven and they include Green Party co-leader Marama Davidson and ACT Party leader David Seymour.