The Government’s controversial tenancy law reforms would be among the first regulations National would throw on to the regulations “bonfire” it is planning if elected. 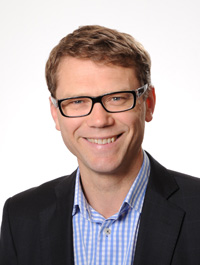 Unnecessary red tape and regulation is getting in the way of a stronger economy, he says. “It’s holding us back from having more money in our pockets, lower daily costs and affordable housing.”

That’s why, if elected in September, National would light a “bonfire of regulation” to get rid of 100 regulations in their first six months and to ensure that for every regulation introduced, two are removed.

To oversee this, a senior cabinet minister would be appointed to the role of Regulatory Reduction Minister.

Among the first lot of regulations to be scrapped would be the Coalition Government’s proposed reforms to the Residential Tenancy Act, along with much of the heating standard contained in the new Healthy Homes Minimum Standards.

National’s Finance spokesperson Paul Goldsmith pointed to these regulations as a good example of unnecessary and burdensome regulations.

“They reduce property rights of landlords, increase costs, discourage the supply of rental properties and increase rents for low income households. That’s not good for the landlord, or the tenant.”

In a document accompanying National’s economic plan, the regulations that would be repealed are detailed. Prime among these are “rent increasing rental regulations”, which are, essentially, the proposed tenancy law reforms.

Most notably for landlords, they include rules making it difficult to remove problematic tenants.

Regulations around the heating output of heaters and the location of heaters in rental properties as proscribed in the Healthy Homes Minimum Standards, which became law in 2019, would go.

Additionally, regulations that prescribe standards that are either replications from the Building Code or establish higher standards than the building code would also be ditched.

National’s policy in this area doesn’t come as a surprise: National MPs roundly opposed the tenancy law reforms during the first reading of the Residential Tenancies Amendment Bill in Parliament in February.

Also, back in February, Bridges told media that, if elected, National would reverse the Healthy Homes Minimum Standards, aside from the insulation rules.

At that time, he also said that they would reverse the Government’s changes to the rules around the ring-fencing of rental losses.

I agree completely. All the new rental regulations this current government has bought in is having a downturn effect on rental properties. a ) Forcing landlords to put heating of a certain standard is rubbish- If the tenant cant afford the electricity to run it, they wont turn it on. b ) Allowing tenants to make modifications themselves - Who owns the property the landlord not the tenant so any modification is up to the landlord, not the tenant. c ) Scrapping the ring fencing law.Hooray, rentals nearly always run at a loss so that loss should be claimable. Not being able to discourages landlords having rental properties creating less properties for rent putting even more pressure on NZ housing market. d ) all the others they bough in are rubbish, They have lost track who actually owns the property - The landlord - not the tenant !!