Establishing meth contamination of a rental property, and working out the penalties for any damage, can be a complex business these days - as a recent Tenancy Tribunal decision illustrates. 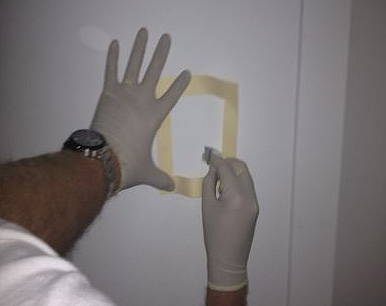 An Auckland property management company managed to succeed in only part of its claim against a pair of tenants they said smoked meth throughout the rental property they were living in, contaminating it in the process.

James Pilcher and Elizabeth Foster rented the Royal Oak house from May 2018 until August 2019.

However, the detailed test showed that almost all the areas tested were below and, in some cases well below, 15µg /100cm². The exception was the hallway where the tested samples were 23µg /100cm² and 16.7µg /100cm².

On professional advice, the property was fully decontaminated. That included cleaning; the replacement of a heat pump, new curtains, and electrical work.

This prompted Auckland Property Management Solutions (on behalf of the landlord) to go to the Tenancy Tribunal claiming for the decontamination costs, the replacement cost of chattels, lost rent and the cost of the test reports.

When it comes to meth contamination, the Tribunal adheres to the levels recommended in the 2018 Gluckman report. That level is 15µg /100cm² , as Gluckman found that exposure to meth at levels below it is unlikely to have adverse health effects.

The landlord alleged that they could properly claim the full decontamination cost and other costs because two areas exceeded the 15µg /100cm² level and that meant the premises were damaged.

The Tribunal took a slightly different view. It said that most of the readings taken returned results that were well under 15µg /100cm and, while the two hallway readings were higher than 15µg /100cm², they did not exceed the 30µg /100cm² indicative of manufacture.

“So, while the hallway can properly be considered damaged by the tenant’s intentional acts, the rest of the premises were not damaged and did not require remediation.”

That meant the landlord had no claim against the tenant for the remediation and other costs, although the adjudicator did award the landlord $500 compensation for the damage to the hallway.

Additionally, the landlord was awarded costs associated with the initial post-tenancy test and limited compensation for loss of rent due to the meth contamination.

However, the Tribunal also found that the use of meth was an unlawful act and an unlawful use of the property, which meant it was a breach of the tenant’s responsibilities under the Residential Tenancies Act.

“I find that the section 109 [which deals with unlawful acts] criteria are satisfied in this case,” the adjudicator said.

“There was a considerable effect on the landlord; the tenant’s actions were clearly against the landlord’s interests; and it is against the public interest for tenants to use the premises for an unlawful purpose.”

There is currently no evidence (in either humans or animals) that the levels typically resulting from third-hand exposure to methamphetamine smoking residues on household surfaces can elicit an adverse health effect. We note, however, that absence of evidence is not evidence of absence of an effect. There is a clear need for more research and a co-ordinated inter-agency effort to build up a robust dataset. Doesn't that say it all? We just don't know do we? What i can tell you is I am a healthy 49 yea old man who weighs in at a very muscular( in my mind's eye anyway) well lets just say over 100kgs. I was recently in a property that had tested at 4.5 in the room I was in. I was there for all of 5 minutes when I developed a massive headache and my eyes started watering and burning intensely. Now if I as a grown man can have such a reaction what would that do to a little child crawling around the property. What I cannot understand is why nobody challenged Jacinda to go live in a property that tested at 14.9 with her newborn baby as she seems to think its safe to do so. Well I challenge you Jacinda. Go live in One of these houses for just one month since you are okay with putting other peoples children into these homes, why not show us you are willing to out your own into one? #challengeJacinda

Had a meth reading 2.8 and rang Tenancy Services to seek advice on what level was being used (1.5mg/100 cm2 or Gluckman recommendation 15 mg). Was told most firmly that as Gluckman report had not been updated as new standard in RTA we were to use 1.5 mg as lawful standard. So Tenancy Tribunal can use low standard for landlords and Gluckman standard for tenants. Me thinks there is something rotten afoot.