A severe housing shortage in Napier and Hastings means house values and rents are on the rise, writes Joanna Jefferies. 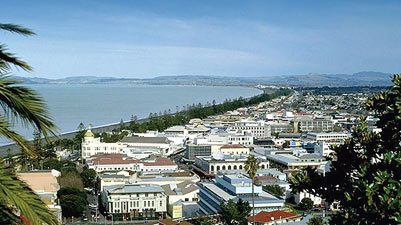 Hawke’s Bay’s population has risen by 10% in the past five years to surpass 160,000 – a staggering increase that has seen huge pressure on housing supply. The local economy is booming and with businesses expanding, people are flocking to the sunny district for work.

However, due to the buoyant tourism, viticulture and agricultural sectors, a lack of housing supply to support the growing population means there are hundreds of locals housed in emergency housing. This winter 158 hotel rooms across 12 hotels were used for emergency housing, and the region’s leaders asked the Government to step in to help.

However, not much progress has yet been made and the supply and demand imbalance has meant significant value and rent increases, putting further pressure on the region’s renters.

Values in most places have near doubled in the past five years and strong growth has occurred over the past 12 months.

Propertyscouts Hawke’s Bay director Duncan McLean says because the commercial sector is doing so well there is a significant increase in migrants with skill shortage visas moving to the region, as well as internal migration from cities such as Auckland.

“There’s a lot of people moving to the region just for a change in lifestyle and all of them are coming for work opportunities. That’s the buzz in the Hawke’s Bay at the moment. There’s the extra stress of all the doctors coming in to the hospital, and Recognised Seasonal Employer (RSE) workers coming in for seasonal work – there’s massive demand.”

There are several large residential developments underway in Hastings and Napier, but there’s still a huge shortage of sections in Hawke’s Bay, says McLean.

Additionally, there’s a $100 million Ryman Healthcare village on the outskirts of Havelock North currently being developed which will bring another 100 jobs to the district. It will include a 90-bed care centre, 78 serviced apartments, 44 independent apartments and 103 townhouses, which should go some way to freeing up local demand for family homes.

The upside to the increased demand for rentals, says McLean, is that investors can have their pick of quality tenants.

“There’s a huge tenant pool. We don’t have a large student population like a lot of the other cities, so we don’t have the shorter-term tenants that are in and out with the school year. All of our tenants are long-term tenants so that gives investors stability around the vacancies of those tenancies.”

Currently around 4,000 RSE workers flock to the Hawke’s Bay to work on the orchards and wineries in the fruit-picking season, creating a market for small one and two-bedroom rentals. However Hawke’s Bay Property Investors’ Association president Sharon Cullwick says investors should be wary of this niche rental investment type.

“I would look more for the family homes, because if anything happens to the RSE workers – for example the Government doesn’t allow them, or if we get a bug that comes in and wipes out the orchards, there’s going to be a huge oversupply of smaller one and two bedroom [dwellings].”

Additionally, Cullwick says RSE workers used to be housed in small dwellings in town, but the council has changed the regulations around accommodation and they’re encouraging the development of purpose-built boarding house accommodation in semi-industrial areas or on site at their workplaces.

Rents & values on the rise

Recently, council valuations were released and Cullwick says the valuations were pitched higher than usual, but that “it seems to be fairly much what the new valuation is, is what the houses are going for”.

Cullwick teaches the Hawke’s Bay Property Investors’ Association’s Ready to Rent programme – a free programme for renters who want to learn about their rights as tenants and how to live healthily in a rental. They earn a certificate which they can show prospective landlords to increase the likelihood of securing a rental. Currently the demand for the programme is massive.

“We have a huge amount of people turn up for that – 35 to 40 for each course, and now we are looking to do one every three weeks to fit them all in.”

Another factor impacting on the market is the influx of first home buyers coming into the market, following the relaxing of loan-to-value ratios (LVRs) and low mortgage rates, says iFindProperty’s Lauren Worsley.

“Suddenly you’ve got a big bunch of people who have got $300,000 to spend and they want to jump on the bandwagon. That has pushed the prices up.”

However, Worsley says despite the competition for lower-priced properties, there are still bargains to be found. Two months ago she sold a 1920s villa converted into three flats in Akina for $590,000 with an 8.8% yield.

“I have only sold two properties this year that weren’t multi offer and most properties go after the first open home with at least three offers. It’s hot, it’s very hot.”

Worsley says the prices are still heating up, especially in the lower price bracket, with houses in Flaxmere under $300,000 now difficult to find – “literally in the last two months our 8% yields have suddenly become 6.5%”.

As such, she recommends investors looking for yields over 6.5%, target properties with multiple incomes, and in lower priced areas such as Flaxmere or Camberley.

Worsley is currently trading property in Flaxmere and in July this year she bought a house and spent $30,000 doing a cosmetic renovation. It sold in September for $380,000. She’s currently flipping another house in Flaxmere.

“You can make the same margin in Flaxmere but with less holding cost – that means more sleep at night.”

The pick of locations

Worsley focuses most of her business in Hastings: in Flaxmere, Akina and Hastings CBD. “The odd one in Napier does come up – I’m doing a deal in Marewa [for a client currently].”

She says most of her clients aren’t interested in Central Hawke’s Bay because council rates are “phenomenally high”.

However, Cullwick says Waipukurau in Central Hawke’s Bay is starting to take off – “They’ve had huge gains down there, and in Waipawa, about 15 minutes south of Hastings – that area has taken off as well.”

Cullwick says most investors shy away from Havelock North.

“I would prefer to buy Hastings because you still get the yields. Havelock North is still very expensive and it’s still a niche market, investors there supposedly buy for capital gains. Even cheaper houses in Havelock which aren’t in the best areas are selling for big money.”

Quinovic Hastings’ Ross Davidson says lower value suburbs such as Flaxmere have been very popular with investors lately because the rents have been increasing.

“Investors are buying properties that are a little bit tired and are doing them up and renting them out and they can make it worthwhile.”

Davidson says Hastings suburbs generally have a mixture of properties and recommends investors looks at suburbs with ex-state houses.

Values look likely to continue increasing over the next year, says Davidson, due to the continuing pressure on housing supply.

“Values will keep going up and rents will still keep increasing, probably not as much as they have, until there’s a change in that supply and demand cycle,” he says.

Worsley agrees. “There’s huge pent up demand for rentals – my property managers tell me that within an hour of a new rental listing being put on Trade Me they have at least 15 applicants.

“I think it’s going to carry on – they’re not making any less people.”