The Government announced its long awaited tenancy law reforms on Sunday and they mean that landlords will no longer be able to get rid of tenants without reason. 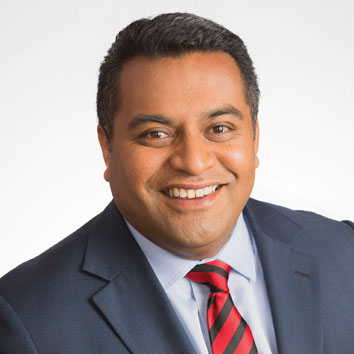 Associate Minister of Housing (Public Housing) Kris Faafoi says that both renters and landlords will benefit from the suite of practical changes to the Residential Tenancies Act.

The changes sit alongside the Government’s previous reforms to renting, including the banning of letting fees and the Healthy Homes Guarantee.

The key changes include:

“With more and more people renting, the law should provide enough security to responsible renters to put down roots in their community,” Faafoi says.

“Greater security of tenancy and less regular rent increases, coupled with the ability to make minor improvements, mean renters will be better placed to make their house a home.

According to Faafoi, the changes are balanced and provide certainty to both renters and landlords about their respective roles and responsibilities.

“We understand that landlords require clear guidelines, which help them protect their investment and assist them in their dealings with difficult tenants and the law ensures this. If a tenant acts irresponsibly there can be repercussions.

“These reforms deliver on the Coalition Government’s promise to address out-dated rules for rental accommodation and are part of our plan to improve wellbeing for many New Zealanders who rent their homes. They complete the package of rental market improvements - which include the banning of letting fees and the introduction of the healthy homes minimum standards - planned for the Coalition Government’s first term."

However, the NZ Property Investor Federation is not happy with the changes. NZPIF executive officer Andrew King says they do more than punish landlords - they will punish anyone living next to a tenant with antisocial behaviour.

NZPIF research shows that only 3% of tenants receive a 90-day notice each year and that nearly half of these notices are for antisocial behaviour affecting neighbours. That equates to approximately 7,000 tenants causing problems for up to 70,000 households around New Zealand.

As a result of the announced changes, Government has tried to provide a tool for landlords to manage tenants with antisocial behaviour, but it requires neighbours to put themselves at risk of retaliation from their antisocial neighbours, King says.

"Currently the landlords of any of these 7,000 badly behaving tenants can efficiently end these tenancies without involving the neighbours or the Tenancy Tribunal, by issuing a no cause 90 day notice.

The tenancy law reforms will be drafted up in a Bill to amend the Residential Tenancies Act , which will be introduced to Parliament in the first part of next year. More information on the reforms can be found here.

Just another left wing attempt to introduce changes which will result in less rental properties being available for rent. The Lanour led Coalition Government are determined to demolish the private rental industry so that they can rent more state houses which on present indications will never be built.

So, the Landlord supplies a rental, newly refurbished interior ( repainted) etc. and gets it back 2-3 years later after the present tenants move out, and its walls are full of holes where pictures etc. were hung ( not to mention the failed holes, because the tenant does not know how to put holes I the right places) WHO PAYS TO FIX THE MESS !! I can see some special 'return rental to original condition' clauses being added. Maybe that will be illegal, so the Landlord will carry the refurbishment costs ? I think our Rental will get sold !! so we do not have to worry about tenants and their new 'Rights'

As someone else said, " If taxes were 99%, we'd find a way". It is the same with rental properties. A higher and higher percentage of Kiwis are refusing to put themselves in a position to buy their first house, so the demand for rental properties is only going to grow. So in spite of populist, vote buying politicians trying to, "get tough on landlords", now is the time to buy rentals, as I am doing, as we will find a way, in spite of him, and others like him.