Getting rid of “no cause” terminations won’t benefit good tenants but it will help bad tenants - as most 90-day notices are due to poor tenant behaviour, landlords are warning. 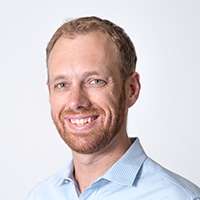 Currently, landlords can end a tenancy with 90-days’ notice to the tenant, without having to provide a reason.

In response to this, the Government wants to abolish “no-cause” terminations of tenancies as part of its proposed tenancy law reforms.

But landlords are warning that getting rid of their ability to give 90-day notices to end tenancies will cause more problems than it solves – and a new survey by the NZ Property Investors Federation provides support for this.

The NZPIF survey, which had around 1,400 member and non-member respondents, found that 90-day notices are not often used with only 3.1% of tenants issued such a notice each year.

It also found that when they are used it tends to be when proof of a tenant’s poor behaviour, which is necessary at the Tenancy Tribunal, is difficult or impossible to obtain.

The survey shows that 77% of 90-day notices were given for poor tenant behaviour, while the other 23% were for selling the property or undertaking significant repairs or renovations to the property.

Further, it shows the main reasons for issuing 90-day notices were antisocial behaviour and disturbing neighbours. These reasons accounted for 42% of all notices.

According to survey respondents, it’s difficult to prove antisocial behaviour because either it occurs randomly or because other affected tenants and neighbours are unwilling to put their concerns in writing.

NZPIF executive officer Andrew King says the reality is that there is no such thing as a “no cause” termination, rather there is always a crucial reason.

“Rather than providing tenants with security of tenure, removing the 90-day notice provisions would prevent landlords from effectively managing the 3% of poorly behaving tenants to the detriment of other tenants and neighbours.”

Tenant advocates believe that tenants should have the right to know why their tenancy is ending so they can dispute the reason at the Tenancy Tribunal and, potentially, remain in the property.

They say that the 90-day notice hangs over the heads of all tenants and prevents them from having security of tenure.

But the NZPIF survey suggests that most tenants are unaffected by 90-day notices – while the Government itself doesn’t appear to have solid data on how many such notices are issued to tenants.

This is suggested by an MBIE response to a recent Official Information Request from Lotus Property Management’s Keys Kerdemelidis-Kiesanowski. It declines a request for data on how many terminations in the years 2012 to 2018 were due to “no-cause” notifications.

In an email, MBIE states there is no record of decisions about each time a “no-cause” termination has been used that can be analysed for insights about their frequency or the situations where they are generally used.

For Kerdemelidis-Kiesanowski, this suggests the Government doesn’t actually have the hard evidence to prove that 90-day notices are a problem.

Property investor Nick Gentle, who runs IFindProperty, says that the Government doesn’t seem to work off data for this type of proposal – and yet this proposal has the potential for a lot of damage.

For private landlords, particularly mum and dad type investors, it is already a risky business and getting rid of 90-day notices will make it incredibly hard to get rid of a tenant who is difficult and destructive, he says.

“What happens if you have a 75-year-old landlord who wants to evict a problem tenant. What will they do? The amount of proof or evidence that you need to bring to the table is intimidating. It’s almost impossible to prove.”

Like King, he says that, for long-term buy-and-hold investors, there is simply no such thing as a “no cause” termination.

“That’s because a good tenant who is living in your property happily, looking after the property and generally fulfilling their obligations - that’s what you are trying to achieve.

“You only move to evict tenants from a property when it is warranted. It is a financial cost to get rid of tenants and have to replace them. So everyone wants to have a good tenant in place for the long term.”

The Government is trying to address what occurred in the last bubble, particularly in Auckland, where people were having their rentals on sold all the time and having to move frequently, Gentle says.

“That was tough. But abolishing 90-day notices is addressing the problem in the wrong way. There are likely to be unintended consequences, which will cause more problems.

“It could also lead to an exodus of landlords from the rental market, because it’s all too much hassle, and that would further exacerbate the shortage of rental stock.”

A few years ago I took a tenant to tribunal for persistently overloading with extras as per section 40 (3) which is defined as an unlawful act (3A) (e). The adjudicator refused to issue the requested fine being a maximum of $1000 for the unlawful act. The adjudicator said I should use the 90 day notice provision.

I just want to say what a good article. You need the 90 day notice to be able to get rid of problem tenants. Why would you want to deliberately get rid of good tenants? This Labour Government is driving me up the wall. They try to 'solve' a problem then create a new one.

Well written Miriam. I'm a landlord who issued a 90 day notice. I felt it right to include a reason but only included the top2 because abuse towards my Agent was difficult to prove other than her word. It went to Tenancy Tribunal when after the 90 days the tenant had not vacated. They claimed many invented issues with the property & not proven them at the court (as they don't exist or he was the person who caused the issue). My 90 day notice judged invalid Retaliatory (I don't have any of those bones) Wrong person signed it. Me. Yet I'm the Trustee appointed & Agent stated on behalf of. Not 90 days. Ah. It was overnight courier not standard mail. Adjudicator never asked tenant when he received notice. He calculated a date he would have received it based on assumed date sent as courier ticket not kept. Adjudicator the 1st one to claim not 90 days BTW. The reason for notice is the tenant doing things to the property without authority, causing problems then blaming the landlord. Included chopping a very beautiful tree down at the front of the house. Agree the No Reason part shouldn't be allowed. But I had genuine reasons to give notice as the tenant has damaged my property to the extend a registered valuation done is valued down because of it. The problem is Tenancy Adjudicator making rulings of retaliatory means you can't rely on the metrics of tribunal orders. 90 Day Notice date to vacate was early Oct 18. It's at Appeal adjourned 3 times now. And ridiculous additional claims from the tenant.

The last 90 day notification we issued was a result of the "Osaki" decision giving tenants carte blanche to "accidentally" do anything to the property. Many small accidents have caused our client considerable outlay in repairs. To the extent that an item repaired was damaged in the same way within 10 days.

One solution might be to state a reason " inconfidence" for the Tribunal's eyes only. That way it remains confidential unless the TT needs to open it, when disputed by the tenant.