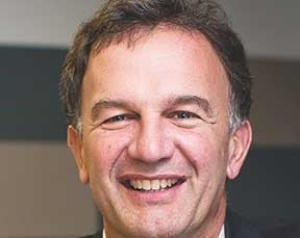 Kiwibank just over a month away from entering adviser market

The Reserve Bank has kept the Official Cash Rate at the record low of 1%, but economists predict a cut in November.

Leading economists say today's announcement to leave the OCR unchanged was in line with expectations. The central bank left the door open to "more fiscal and monetary stimulus", however.

Economists say the decision to slash rates by 50 basis points in August made a further cut unnecessary this time around.

Stephen Toplis, head of research at BNZ, said today's announcement was "almost identical to what we had anticipated".

Toplis added: "The Reserve Bank governor was on record as saying that the drop of 50 basis points allowed them to get ahead of the market, and reduced the need for more cuts later ... They have maintained an easing bias, and our view is that November is the more likely timing for the next move."

Jeremy Couchman, an economist at Kiwibank, said today's decision was "broadly as expected". Like Toplis, he expects the OCR to change next time around.

Couchman said: "They said there is scope for more to be done in the future, and we think they will cut the OCR in November. They weren't as direct as we thought they would be, but there is clearly an [easing] bias."

"The Reserve Bank continues to highlight its concern with the deterioration in the global growth outlook. We continue to expect one further 25bp cut in the OCR in November," she said.

Dominick Stephens of Westpac said the RBNZ's tone was "slightly less dovish" than the market expected.

"We are currently forecasting a cut in the OCR in November. The RBNZ today did not sound like a central bank that is planning on doing that. Nevertheless, we are sticking to our call, because we expect economic data between now and November will be weak," Stephens added.