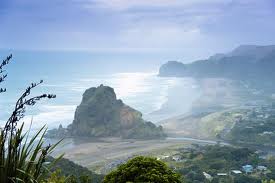 Yet while the region made famous by a certain much-loved TV series remains a little rough around the edges, it was never without some underlying gold. It is, after all, home to the spectacular West Coast beaches, the Waitakere Ranges, a ground-breaking winemaking industry and the SuperCity’s booming screen industry.

And it’s changing rapidly. Already made up of a very diverse array of communities, the region has seen growing numbers of young families and professionals moving in. That’s because, compared to much of Auckland, house prices are more affordable, while the redevelopment of motorway and public transport links has made commuting much easier.

Those trends are set to continue for years to come as massive commercial and residential development is going on in West Auckland. While the development of Hobsonville Point received a lot of coverage, there’s also major development projects in place around the Westgate and NorthWest retail centres.

Not only is the NZ Retail Property Group (NZRPG) part way through a $1 billion plus development of over 300 hectares in Westgate, but Costco will be building a $90 million, 14,000m2 hub for their business. Former agricultural land around Central Park Drive in Lincoln, just north of Henderson, is also being developed.

Additionally, many town centres along the Western rail line are undergoing urban renewal. This tends to have flow-on benefits for the surrounding suburbs. The reinvigoration of New Lynn is a prime example of this. It all contributes to an energised atmosphere, as well as the impression that the West is coming of age.

For investors, these growth trends – along with comparatively affordable prices and a strong rental market - should make West Auckland an attractive option going forward.

Yet, despite current trends, the West Auckland property market has flatlined in recent years. From mid-2016 on, sales activity slowed and price growth dropped off. The latest price data continues to show decreasing values.

But the REINZ data also serves up a hint that the market is turning a corner. It shows that July saw strong growth in sales volumes in Waitakere. Sales were up by 4.6% on June and by 14.8% on July last year.

Quinovic West Auckland principal Brendon Stuckey believes change is afoot. The market has been through a quiet period, but now he sees green shoots coming through. “Prices have gone down a bit, rents are going up and interest rates are low: it’s not a bad equation. And it means there’s some great opportunities around for investors.”

However, the more affordable prices are attractive to first home buyers as well as investors, with three West Auckland suburbs (Henderson, Massey and Glen Eden) among their top 10 locations to buy in. That makes for increased competition at the lower end of the West’s market.

Stuckey, who invests in West Auckland, says it is an easy mistake to simply look at the lower end of the market for deals. “If you can afford to look in a slightly better area where there is less first home buyer activity it pays off in the long run. Going for a suburb that’s a bit closer to the city – Te Atatu versus Ranui for example – could net you similar yields and you’d be better placed when values start to go up again.”

It is not only greater affordability that makes for investor opportunity though. There’s more land and bigger sections too and that has the potential for sub-divisions, adding minor dwellings and/or creation of home and income type properties. There’s also plenty of older stock ripe for value adding renovations.

Further, West Auckland investor Clark Valmont says that, while South Auckland might be comparative in pricing, there are more good quality properties that can be acquired for sub-$700,000 in the West and they’ll get better rental returns.

While price growth in the region is currently subdued, there was significant growth at the peak of the Auckland market’s recent supersized cycle. And those expert in the area have no doubt it’s poised to see particularly strong value growth again.

Prominent Auckland investor David Whitburn believes one of the biggest growth nodes in Auckland is around Westgate Town Centre and that surrounding suburbs – like West Harbour, Massey, Ranui and Swanson – will benefit. “These suburbs should be top performers in the medium and long terms, thanks to the huge infrastructure expenditure and employment growth.”

Traditionally, the West Auckland rental market has been a strong one, driven by affordability and the attractions of the beaches, bush and a more relaxed lifestyle. But a number of suburbs, both old and new, are now dominated by owner-occupiers: Titirangi, West Harbour and Hobsonville Point are examples.
This means that across the region’s market, rental supply is tight, yet demand is already high. That demand is set to be further boosted by the commercial developments happening around West Auckland.

Those developments will create thousands of new jobs in the area. Over the next decade, there are over 10,000 jobs set to come from the NZRPG’s developments at Westgate and NorthWest alone. Additionally, the West’s construction industry itself is attracting new people into the area, as is the growing retail and hospitality sector.

Barfoot & Thompson Royal Heights branch manager Steve Hay says the region is bulging at the scenes with workers and they all need somewhere to live. People prefer to live in the area they work but West Auckland is short of rental stock, he says.

Throw into the equation the fact that commuting from West Auckland for work is now much easier while rents are, comparatively, more affordable than in many parts of Auckland. This all adds up to considerable demand pressure in the rental market.

Hay says that rents were being outpaced by prices for a while but the two have started to come into line now. “The growing shortage of stock is impacting and rents are going up. It used to be hard to get a rental property where the rent would cover the mortgage. That’s not so much the case now.”

According to Barfoot & Thompson’s latest rental market data, the average rent per week for a three-bedroom house ranges from a high of $653 in Hobsonville down to $480 in Ranui. Of the 17 West Auckland suburbs that it lists, 14 had average rents per week of under $550.

In terms of yields, the suburbs covered by Barfoot & Thompson had yields ranging from a high of 3.99% in Henderson to a low of 2.89% in Waitakere, with the majority over 3.50%. However, Stuckey says that a gross 4.5% is realistic for an investor to find.

Valmont goes further. He says that for a newly built property an investor should be expecting a yield of anywhere between four to five per cent. “That is the same across the board for most apartments and terraced houses. For something older over six per cent is the goal, although this is not always achievable.”

“Look for a property which you know will have demand because when it comes to yields there are always exceptions to the rule. However, based on recent data, the occupancy rates in West Auckland are very high and, typically, a property will be rented very quickly.”

Another point worth noting is that, traditionally, Henderson – which is home to Waitakere Hospital and has a strong tenant pool of medical staff – and Te Atatu Peninsula have been particularly sought-after rental destinations.

While many parts of West Auckland are on the rise (and, in particular, suburbs that are near motorway links or the rail line), our experts were unified in their pick of a top spot to invest. They all say investors should look to the suburbs around the Westgate – NorthWest developments, many of which are under-rented.

Whitburn says that means Westgate, Massey, Ranui, and Swanson. All of these have long been overlooked but have many upsides.

“They are more affordable so you can get good buys in them. They rent well. And they are coming off a lower base too so they are likely to out-perform other areas. It is not rocket science. You just need to think about it – when lots of money is being spent on infrastructure, there is a good, rosy prognosis for the surrounding suburbs.”

There are obvious advantages to riding on the back of the massive infrastructure investment and new employment options being developed in Westgate, Valmont says. “No doubt, this will benefit West Harbour, Massey, Ranui and Swanson significantly so investors should ride the wave of growth.”

“But investors looking for development potential in the future should consider properties with at least 1,200m2 of land that have direct road access, or even larger blocks of land in areas like Laingholm or Glen Eden.”

He recommends going for a property in the $600-800,000 range and one which isn't in perfect condition so it’s possible to add value to it. “But many West Auckland properties are from the 1960s to 1970s so make sure that no works have been completed that aren't compliant.”

Stuckey’s first pick is also suburbs set to benefit from the Westgate - NorthWest developments. “So Old West Harbour, which was developed in the 1980s. It’s close to the NorthWest town centre, and there are cheaper properties which are very rentable. Also, Massey as it’s connected to that town centre and is still underrated, so it’s possible to buy more affordably.”

But he has another favourite and that’s Te Atatu Peninsula, which he considers a great example of how West Auckland has changed. That’s because it was once known as Te Atatu North and was rough, with a heavy gang presence.

“But it had proximity to central Auckland and plenty of land for development. Now there’s good motorway and transport links and the town centre is being developed so professionals and families are moving in.

“It’s more affordable than central suburbs like Point Chevalier but it’s still close to town so it’s a logical jump for many people. For investors, it has a strong rental market with high demand and solid rents. Plus there’s likely to be value growth going forward.”

One suburb earned words of caution from several interviewees. Hobsonville Point is a lovely area with quality new developments, but it’s not great for investors. It has become over-supplied so there’s limited demand and little price pressure.

Aside from this, all agreed the prognosis for the West is good. Last words go to Hay: “There’s a lot of life and energy in the market out here. That’s because West Auckland is growing up and it’s a fantastic place to invest and live.”

Lodge bonds or expect a penalty