Are property investors returning to the market? 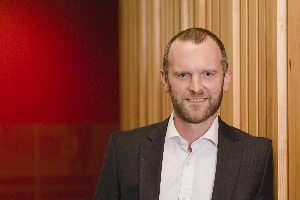 Why bank changes are good for advisers

Westpac loan process gets the thumbs-up

Property investors are said to be returning to the housing market, CoreLogic says but, if they are, it’s not evident in the Reserve Bank’s latest mortgage lending data.

Mortgage lending overall was up in July with a total of $5.91 billion borrowed. That’s as compared to $5.44 billion in June and $5.52 billion in July last year.

But investors’ share of that lending continues to flatline.

In dollar terms, they were just ahead of first home buyers who borrowed $1.03 billion in July, up from $926 million in June.

It was the second time in just a few months that first home buyers accounted for over $1 billion of the lending, after hitting a high of $1.15 billion in May.

The share of mortgage lending that went to first home buyers in July was 17.6%, as compared to 17% in June.

It’s not at May’s high of 17.8% but it’s a significant rise on the 10% they were borrowing before the Reserve Bank introduced its third round of LVRs back in 2016.

While it was up on the low of 17.6% recorded in May, it remains well down on the approximately 35% share of lending that investors were responsible for before the 2016 LVRs.

The data suggests that investors remain cautious about returning to the market – despite the ditching of the capital gains tax proposal and a mild increase in housing affordability.

However, the July data predates the Reserve Bank’s slashing of the OCR by 50 basis points earlier this month and several commentators believe the resulting record low interest rate environment could prompt a housing market resurgence.

It also runs contrary to recent CoreLogic data which suggests that investors are starting to reassert themselves in the market.

“This returns their market share to levels not seen since late 2016 and reflects a bounce-back by smaller, ‘mum and dad’ investors.”

Davidson says that investors looking for an attractive and (perceived) low-risk investment don’t have a huge number of alternatives to property at present.

“For example, after the latest OCR cut, many term deposit rates are now sub-3%, and the low returns may well be prompting a switch of some money away from this asset class (and potentially towards property).”

Meanwhile, the CoreLogic data has first home buyers’ share of property purchases holding steady at a historically-high level of 23%, which is around the same as it has been for the past year.