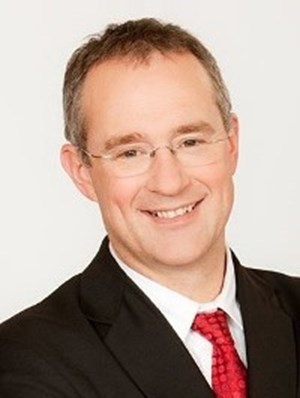 Restrictive planning laws mean New Zealand cities are “failing” so the Government has announced a new urban development initiative to tackle the problem.

Twyford says restrictive planning is stopping New Zealand cities from growing by driving up the price of land and housing.

Not only does this mean that our cities are failing, but it is one of the big drivers of the housing crisis, he says.

“We need a new approach to planning that allows our cities to grow up, especially in city centres and around transport connections.

“When overly restrictive planning creates an artificial scarcity of land, or floor space in the case of density limits, you simply drive up the price of housing and deny people housing options.”

The proposed changes would direct councils – particularly in the high growth centres of Auckland, Hamilton, Tauranga, Wellington, Christchurch and Queenstown – to free up their planning rules while focusing on high-quality streets, neighbourhoods and communities.

Twyford says it is possible to create high and medium density communities with good urban design and open spaces that will reassure the most sceptical NIMBY.

“We also know that with good planning and transport infrastructure, growth on the fringes of the city can avoid the pitfalls of sprawl. But we also have to allow cities to expand in a way that protects our special heritage areas, the natural environment and highly productive land.”

The Government wants councils to take a long-term strategic approach to the growth of their cities,Twyford says. “This means joining up transport, housing and infrastructure in a 30-year plan that involves mana whenua and the wider community in a much more hands-on approach to planning.”

Auckland Mayor Phil Goff is pleased to see the Government is tackling urban development to meet demand. But he says high growth cities cannot be expected to shoulder the burden of growth by themselves.

“At the moment, about 93% of public revenue goes to Government, yet cities shoulder most of the cost for accommodating growing populations. We need some degree of revenue sharing if Government wants Auckland to take more of a role in urban development.”

Auckland Council is investing more than ever into the city’s infrastructure with over $26 billion planned, Goff says. “But there is a limit on what we can do. It either needs to be funded by central government or we need the tools to find the funding.”

Today’s new urban development policy will sit alongside the policy on Highly Productive Land, which was announced last week. Together they aim to ensure the right balance between land use for food production and for housing development is achieved.

If Ministerial and Cabinet approval is given to the urban development policy, it is likely to take effect during the first half of 2020. Consultation ends on October 10.

On 22 August 2019 at 1:16 pm Winka said:
I agree...Restrictive PlanningLaws are a big part of failing cities. However, do not discount the effect that unnecessary over-compliance rules and laws introduced by central and then local government have added huge costs to building. Those often huge increased costs have resulted in the equally huge numbers of new scaffold and white-plastic-wrapped buildings giving us a misguided impression that we have been enjoying a booming economy for the last few years? an example is one local building with an original value of $3,500,000 having work done to comply with new Compliance rules quoted at $1,500,000 which rose to close to $2,000,000 in the 18 months duration for the work to be done. The new valuations for that building can only be virtually doubled by somewhat distorted and false valuers valuations? Sure, the builders and sub trades have creamed the fruits of that extra work created, however everyone, including them, will pay for it at the end of the day, particularly when the inevitable "big crunch" hits us all, and the created DEBT has to be serviced? It appears that most people just can't imagine life without the scaffold and plastic-wrap. It was reported that over 67% of building work in the last few years since these over-compliance rules were introduced has been attributed to this "compliance" work. What is going to happen to the economy when all the "compliance is completed?
On 25 August 2019 at 11:40 am sharonc@xtra.co.nz said:
Hi I couldn’t agree more the compliance cost in relation to scaffolding wraps work safe Nazi and council charges have created unsustainable levels of costs and outrageous time delays to building and created whole new industry unless reform starts with sorting out these restrictive rules and costs in conjunction with RMA reform then whole process of looking at reform will be a waste of time and money Regards