A sweeping review of the Resource Management Act opens the way to splitting the law relating to environmental protection and urban development back into two separate pieces of legislation as Environment Minister David Parker concedes the 28-year-old law needs a total overhaul. 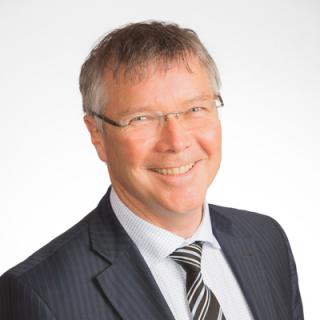 “It is unacceptable for this cornerstone law to be underperforming in a country that values protection of the environment while properly housing its people,” says Parker, who released Cabinet papers showing that "the review is expected to resolve debate on key issues, including possibly separating statutory provision for land use planning from environmental protection of air, water, soil and biodiversity.

“While not the sole cause of the housing crisis, planning rules are partly to blame. Environmental outcomes have been disappointing. Freshwater quality has been going backwards,” says Parker.

The Cabinet paper says "resolving questions of this magnitude will require the review to consider a wide range of options, including options that depart from the status quo. One such option, in the context of further clarifying Part 2 (purpose and principles) of the RMA, is determining whether Part 2 (or its replacement) sits in the RMA or in a separate piece of legislation."

Legal and political argument over the exact interpretation of Part 2, which enshrines and seeks to define the RMA's core concept of "sustainable development", has been at the heart of landmark disputes and court cases about how the RMA should be interpreted in practice.

The introduction of spatial planning requirements - planning taking into account area-wide requirements - will also be a key part of any reform. Spatial planning seeks a holistic, inter-generational approach to regional and urban planning and, critics say, has been a crucial missing element in New Zealand's resource management toolbox.

With the government close to introducing legislation to make smaller-scale tidy-ups to the RMA in coming weeks, Parker outlined a more fundamental review process than had previously been signalled, on a challengingly short timetable.

An expert advisory group, yet to be appointed, is to make recommendations for reform, with key law changes drafted by mid-2020. There is no suggestion that resulting law changes could be achieved before the general election scheduled for November next year.

Chaired by retired Court of Appeal judge Tony Randerson, the group's membership looks likely to include representatives of the Environmental Defence Society, which has been a thought leader on the RMA, and Infrastructure New Zealand, which is focused on how to deliver major urban development more efficiently than is possible under current RMA and local government resource consent processes.

Describing the 1991 RMA as "a major step forward for resource management in New Zealand" at the time, Parker says the law is now "unnecessarily complex" and had doubled in length owing to constant reform. Further tinkering will not fix it now, he says.

The review will include the areas where the RMA overlaps with the Land Transport Management Act, Local Government Act, and the new zero carbon legislation, which is currently being considered by a select committee.

A Cabinet paper released today describes "poor alignment of land use and infrastructure plans, processes (including public participation) and funding across the RMA, LGA and LTMA. It also took over two decades for the courts to settle how and when the Act’s purpose (section 5) is to be applied,"

The review will draw on a vast range of RMA reviews published in recent years, including three Productivity Commission reports since 2013 on land use, urban development and local government regulation.

Parker also cites a reform project initiated by the Environmental Defence Society which had input from Infrastructure NZ, the Property Council and the Employers and Manufacturers Association (Northern) that had "highlighted the need for change and how to address it."

“We need to create a system that better enables economic growth within environmental limits and which aligns the economy with the environment," said Parker, who said the review will take care "not to unnecessarily discard those legal precedents" that had clarified crucial elements of Part 2 of the RMA..

"Meanwhile, the government will press ahead with work to improve freshwater quality and urban development, protect highly productive land and indigenous biodiversity, and reduce waste, because these are urgent and cannot wait for the comprehensive reform plan," he says.