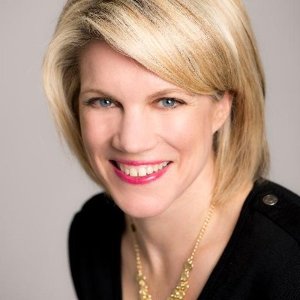 Auckland rents might be steep but new data from Barfoot & Thompson reveals the rate they are increasing at has been slowing for the last three years.

The agency’s latest quarterly rental update analyses average weekly rents across the nearly 16,500 properties they manage at the end of June.

It shows that Aucklanders are now paying $16.66 more per week to rent a property than they were this time last year.

That’s a 2.98% increase from the June quarter last year and it’s the lowest annual rate of change recorded over the last few years.

Barfoot & Thompson director Kiri Barfoot says the proportion of year-on-year weekly rent increases across the region has lessened each quarter since at least early 2016.

“And it’s a marked trend that has continued this quarter, despite coinciding with a period of considerable change for the rental sector.

“This quarter is also the first time we’ve seen the rate of increase drop under 3.0%.”

The overall trend is true for the bulk of properties, but there are variations across specific areas or sizes of home across Auckland, with some rising faster or slower than others,.

Across the region, Rodney saw the smallest increase with weekly rents up by just 1.7%, or $11 a week, while most areas saw increases of between 2-4%.

However, the Auckland CBD area bucked the trend: it saw an 8.7% increase for the quarter year-on-year, or $42 more per week.

Barfoot says this is due primarily to the growth in higher-end and larger apartments in the central city which are demanding higher prices.

Two-bedroom homes in all areas of Auckland also continued to show more price momentum than other sized properties, with a 4.2% increase compared to larger home rents which grew by just 1.2%.

For Barfoot what stands out about the data is that the pace of rent growth continues to slow despite recent regulatory changes, continued increases in operating costs and slowing capital gains for landlords.

“So, while rents are still moving up with landlords working to recoup costs, for now they are doing so more incrementally.”

Barfoot & Thompson’s data comes hot on the heels of the latest Trade Me Rental Price Index.

That showed that Auckland’s weekly rent has been flat since the start of the year. It came in at $560 per week in June, which was a rise of just 1.8% on June last year.

However, landlord advocates continue to warn that rising rents are likely in response to ongoing housing and tax policy changes as they make it more expensive to provide rental property.

On 31 July 2019 at 12:24 pm Peter L said:
Percentages can mask reality. When rents were $300 per week and I increased that by $30, that's a 10% increase in rent. However, now rents are $600 per week and I increase that by $35 per week, it is only a 5.8% increase. So - happy days - the percentage rate of increase has gone down but - uh oh - the actual dollar amount of the increase has gone up. As has been frequently said, statistics can prove whatever you want them to prove.
On 1 August 2019 at 8:11 am John Butt said:
Rent increases are like any other service, limited by supply and demand. Auckland has had a glut of properties for the last two years so rent increases have been limited. However, that has changed in the last few weeks as a seasonal shortage has developed, so expect rents to start rising again if the trend continues. http://listings.jonette.co.nz/listings-on-trademe/auckland-rentals.html