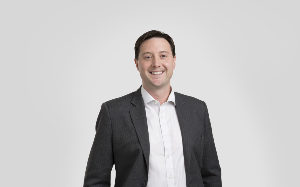 The need for the Reserve Bank to cut the Official Cash Rate to 1% and below looks "increasingly likely" according to economists at Kiwibank.

Kiwibank economists Jarrod Kerr and Jeremy Couchman believe Australia's rate cut, a planned cut from the Fed, and weak business confidence numbers could prompt the central bank to cut rates by more than 25 basis points over the remainder of the year.

The bank expects a cut in August, but says wholesale interest markets are pricing even sharper cuts. OIS rates currently hover at just under 1%, indicating traders expect the OCR to plunge to 1% or even lower by early 2020.

"Wholesale interest rates drifted lower last week, as the domestic data weakened and central banks offshore cut. We continue to expect the RBNZ to cut the OCR in August. The question is whether the RBNZ will need to do more. The need to cut the OCR to 1% and below, is becoming increasingly likely," the economists said.

The Kiwibank economists say New Zealand, Australia and other global markets even could be headed towards a "Japanification", echoing Japan where rates have stayed at around zero or below for decades.

Couchman told TMM Online: "The RBA have gone twice, and the Fed looks likely to cut, so it's adding to the expectation that the Reserve Bank here might have to do more. We haven't committed to saying they will cut after August, but we are waiting for information to push us over the line."

ASB changed its position last week and now predicts two more cuts to bring the OCR down to 1% this year, after rates dropped to 1.5% in May.

Meanwhile, Westpac economists say the Reserve Bank could "leave the door open" to a cut after August. But they predict the MPC will stick at 1.25%.

"With a policy related firming in growth on the cards over the coming year, we think it is more likely that 1.25% will be the low for the Official Cash Rate," the team's economists said in their weekly roundup.