It’s not just about mortgage rates 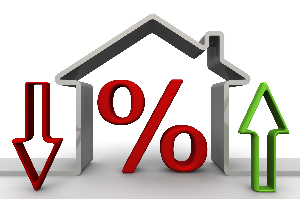 Historically low mortgage rates might boost the housing market but they are not the only factor at play in the market, according to ASB economists.

New Zealand has never seen mortgage rates as low as they now are – and there’s been a lot of speculation that this situation could re-ignite the cooling housing market, particularly in Auckland.

But in ASB’s latest weekly economic report the bank’s economists cast doubt on this theory.

ASB senior economist Mike Jones says that while talk of an interest rate-driven boost to the market has become louder they are more circumspect.

He points to the so-called “foreign buyer ban” as an example.

It seems to have had a material impact on non-resident property purchases in New Zealand, and there is evidence to suggest that this is impacting the broader housing market, he says.

That’s because the share of home buyers where there were no New Zealand citizens or persons with resident visas slumped from 3.3% in the March 2018 quarter to just 0.6% in March 2019.

Jones says that areas that previously had a comparatively large non-resident buyer component, like Auckland and Queenstown-Lakes, have unsurprisingly experienced the largest falls.

It’s probably no coincidence that the areas where foreign buyers were previously the most active have tended to experience the sharpest slowdowns in property prices, he says.

“Folk have previously pointed out that the overall level of non- resident buying is fairly low. This is certainly true. Over 80% of the market is transfers by residents.

“But, as our previous research suggests, it is often the marginal buyer that has a disproportionate impact on setting the price.

“And a clear reduction in non-resident housing market participation over the past year appears to be having an impact on parts of the New Zealand market.”

This supports their view that there will only be a modest pick-up in house price inflation over the second half of the year, despite plunging mortgage rates, he adds.